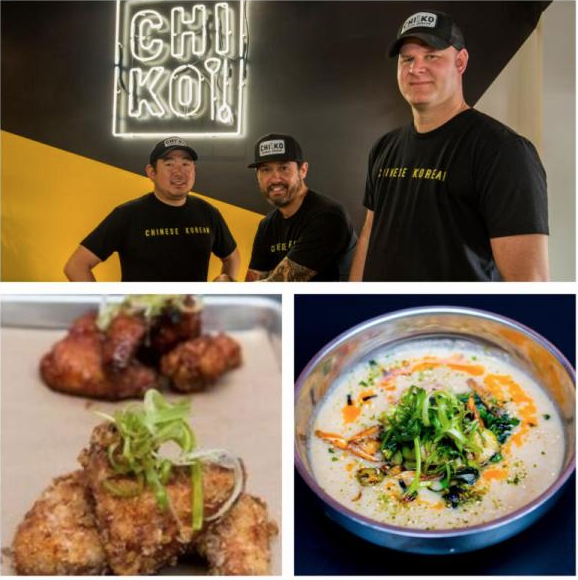 The Office of Cable Television, Film, Music and Entertainment (OCTFME) recognizes CHIKO Restaurant as the March 2019 Location of the Month.

The first CHIKO Restaurant opened in July of 2017 in Capitol Hill on Barracks Row in Washington, DC. It was an immediate hit, garnering local and national attention, including being named one of Washingtonian Magazine’s Best New Restaurants, The Washington Post’s top ten in the city and a semi-finalist for the Best New Restaurant in the country by the James Beard Award Foundation. There are smaller units of the restaurant in the Capital One Arena and Nationals Park and the newest location of CHIKO, which opened in February 2019, in the Dupont Circle Area, once again to rave reviews.

"We are honored to be the featured location of the month for March 2019, by the Office of Cable Television, Film, Music, and Entertainment.  CHIKO is a concept born in the District of Columbia, and we are thrilled to be recognized by such a great organization within our own city,” stated the Fried Rice Collective.

Both the Capitol Hill and Dupont Circle locations offer a great DC feel. The architecture and local ambience of the neighborhoods are a perfect backdrop for films and television productions.  The interiors which feature open kitchens with a modern yet rustic feel also make good set decor.

In addition to being a celebrated dining spot, CHIKO features extensive catering services, creating a unique dining experience for film or television productions as well as catering for events.

CHIKO is the creation of three of Washington DC’s most renowned Chefs, Danny Lee (of Mandu), Scott Drewno (formerly of the Source) and Drew Kim (of the Matchbox Food Group) and is the first restaurant from The Fried Rice Collective, a restaurant group founded by the three.

The concept revolves around Chefs Danny Lee and Scott Drewno pairing modern cooking techniques with traditional Chinese and Korean flavors, while Drew Kim provides his passion for hospitality ensuring a unique dining experience.  The result is a fine casual concept, where the triumvirate could let their imaginations run free, that is serving some of the most innovative and sought after food in the city, at a surprisingly affordable price. Both Chefs Danny Lee and Scott Drewno will be featured in separate cooking segments of the upcoming season of OCTFME’s Emmy winning magazine formatted program “The 202,” which airs on DCN.

To learn more about the CHIKO please visit www.chikodc.com or OCTFME’s locations referral resource CHIKO. For information about past locations of the month, visit DC Reel-Scout Directory.