Friday, March 15, 2019
This award winning Washingtonian’s films have been highlighted on National Geographic and screened on PBS. 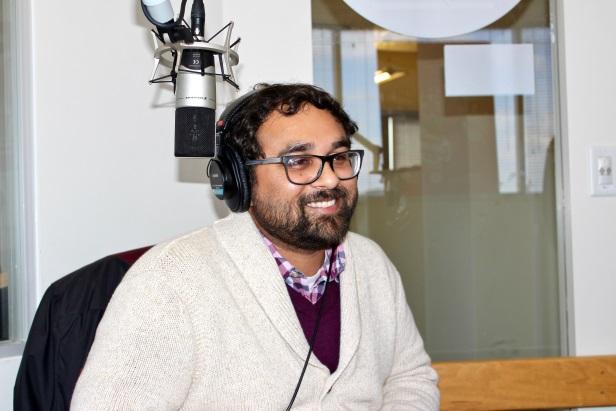 The District of Columbia Office of Cable Television, Film, Music, and Entertainment (OCTFME) is pleased to recognize Roshan Patel as the March 2019 Filmmaker of the Month.

Roshan Patel is the media producer at Smithsonian’s National Zoo and Conservation Biology Institute in Washington, DC, where he produces, directs, and edits short films highlighting innovative wildlife conservation research such as coral conservation and efforts to curb elephant poaching in Myanmar. He also creates social media content for the Smithsonian National Zoo.

Roshan earned a Bachelor of Science in Biology at the College of William and Mary and a Master of Fine Arts in Science and Natural History Filmmaking from Montana State University. He has produced short films on topics ranging from lion conservation in India to the impacts of the oil spills on deep sea ecosystems. “I actually came into documentary filmmaking from a science background. The more I started doing field research, the more I realized that there are a lot of stories here that people just aren’t seeing,” said Roshan. He continued, “In the Pride film, I found a voice in presenting new ideas and the way people relate to wildlife and not just seeing the beauty of the elephant and the lion. But, how do people live with them and what are the challenges and how do you solve those problems.”

His films, Pride and Red Wolf Revival, have won awards at prestigious film festivals, including “Best Short” and “Best Conservation Film” at the International Wildlife Film Festival and “Best Conservation Success Film” at the New York Wild Film Festival. In addition to film festival successes, his films have been highlighted on National Geographic’s Short Film Showcase and have screened on PBS.

“I’ve always been part of a very specific film community with wildlife and nature, so it’s really nice to learn about what else is going on in the District and seeing a different filmmaker highlighted every month is awesome. I’m happy to be one of the ones to receive the Filmmaker of the Month honor now as well,” said Roshan.

Be sure to catch the Field in Focus screenings during the Environmental Film Festival (DCEFF) in the Nation’s Capital happening March 14 - 24, 2019. For additional information, please visit www.dceff.org. Roshan is also putting the finishing touches on a film about coral that will release this spring.

Want to learn more about Roshan Patel and his work? Click HERE to listen to his DC Radio interview.