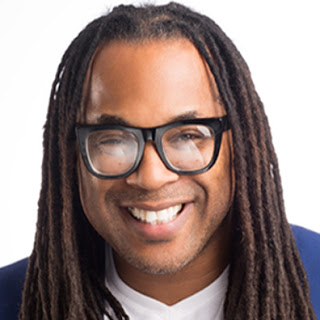 Our Filmmaker of the Month for March 2016 is EZ Street.

The District of Columbia Office of Cable Television, Film, Music and Entertainment is pleased to honor documentary filmmaker EZ Street as the March 2016 Filmmaker of the Month.

EZ Street is a popular local radio personality and the executive producer and director of the full-length documentary film Sankofa Hip-Hop Project.

Having been a popular Washington, DC radio station personality for a majority of his 20-plus years EZ Street has used his connections and experiences to trace the origins of Hip-Hop. He is the executive producer and director the Sankofa Hip-Hop Project, a full length documentary film that takes an in-depth look at the ties between a culture produced by African Americans and its African roots.

Using his extensive network of entertainment and sports contacts, EZ Street uses this film to explore and connect several "cultural dots”.  The footage captured in the Sankofa Hip-Hop Project consists from interviews, community events and archival footage from EZ Street’s travels.
The film features appearances from popular personalities from the entertainment and sports world including Mary J. Blige, Common, Snoop Dogg, Afrika Bambatta, Tyrese, Erykah Badu, Ne-Yo, and Sean Paul, as well as NFL players and key figures from Washington, DC.
OCTFME launched the Filmmaker of the Month initiative to feature a District-based filmmaker who exemplifies the vast amount of talent and creativity based here in the nation’s capital. The Filmmaker of the Month initiative is part of OCTFME’s mission to elevate the national and international profile of the city’s most talented filmmakers. Previous filmmakers honored include ThinkFilm producer Jonathan Zurer; Fatback Films Founder Be Steadwell; and veteran award-winning husband and wife filmmakers Marilyn and Hal Weiner.