Friday, December 22, 2017
Emmy-nominated and DC-based small business owner is honored for her contributions to video production 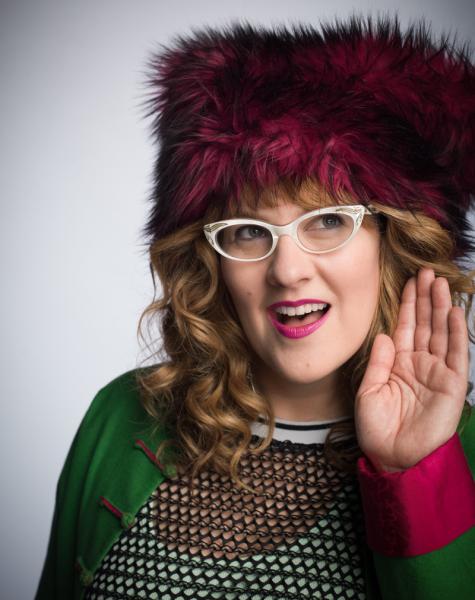 The District of Columbia Office of Cable Television, Film, Music and Entertainment (OCTFME) is pleased to recognize local filmmaker Rachel Holmes as the December 2017 Filmmaker of the Month.

Rachel Holmes is a District-based producer and small business owner of Cat Eye Productions, a video, digital, and still collaborative whose goal is to curate high-quality, female-driven projects. Holmes’ production company, quaintly nestled in an historic carriage house in the heart of DuPont Circle, is steps from the Heurich House Museum.

Holmes began her career in filmmaking with an internship for the Smithsonian American History Museum. Soon thereafter, Holmes accepted her first production gig at the former Raimondi, Kern, and Company, where she cut her teeth producing and editing commercials. Holmes then led the rebranding of Raimondi into Engine Pictures, a company that produces commercials, PSA’s, and digital videos.

“I love the creative process -- putting the right people together is a top priority for me at [Cat Eye]; drawing on the right combination of people, talents, style, and skills,” said Holmes. “Everyone is important to the process, top to bottom.”

Holmes is also proud of her strong DC ties. “I’ve been working in production for over 15 years and lived all over this beautiful city: Capitol Hill, Woodley Park, Mt Pleasant, and Tenleytown. I love this town and the artistic community we’ve got -- a rich palette with a lot of looks. Photographers and filmmakers have so much infrastructure and support,” added Holmes.

Holmes is drawn to large and small film projects that speak to the “human emotion, education, and history” of people. In addition, she is passionate about video that explores “life, youth, arts, and adventure.”

If you are interested in learning more about Rachel Holmes and her work, go to her professional website at: http://www.cateyepro.com.

For more information, contact the Office of Cable Television, Film, Music and Entertainment at (202) 727-6608, visit us on the web at http://entertainment.dc.gov, join the DC Film community on http://www.facebook.com/EntertainDC, or follow us on twitter & Instagram.