Monday, September 20, 2021
This DC-based filmmaker is working to provide media platforms for artists from underrepresented communities to exhibit and distribute their creative content. 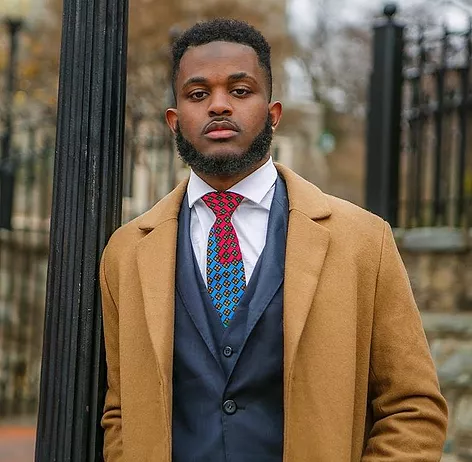 Washington, D.C. – The District of Columbia Office of Cable Television, Film, Music, and Entertainment (OCTFME) is pleased to recognize Ramon Lyons as the September 2021 Filmmaker of the Month.

Ramon Lyons is a District of Columbia based filmmaker with a passion for telling stories that entertain, inform, inspire, and motivate. A recent student-athlete graduate of Georgetown University, Ramon studied Anthropology and Economics in addition to pursing his passion for filmmaking and serving as a team captain on the Georgetown University football team.

After graduation Ramon founded the multidisciplinary media production house Bread & Circuz, a platform created to help filmmakers and visual artists from underrepresented communities get their stories seen and heard. Growing up with a passion for storytelling Ramon learned from an early age that a hands-on approach is the best way to learn how to tell those stories.

“Exposing myself to different environments forces me to expand my reality and in doing so better equips me for my cinematic endeavors and allows me to tell my personal narratives in their highest form,” said Ramon Lyons.

Ramon is currently in the process of finishing a 7-part documentary “Hoya Boyz,” an intimate and powerful series following the journeys of African American scholarship athletes on the Georgetown University football team.  Ramon drew inspiration for this project directly from his own personal experiences as a student-athlete at Georgetown, where he learned the value of teamwork, adaptability, brotherhood, character, perseverance, and self-reliance firsthand.

In addition to his upcoming Hoya Boyz project Ramon’s production credits include the short film, “It Won’t Hurt Forever, Trust Me;” and short film “Where’s Wheaton?”, a film that won the Best Sound Design award at the 2019 Wheaton Film Festival.

"To be recognized by OCTFME as their Filmmaker of the Month is truly an honor. I'm grateful for the opportunity to hold that distinction in the District where there is an immense amount of talent, so to be the one chosen out of that group is gratifying, to say the least. It just goes to show that if you’re working hard enough and the quality of your work is evident, people will notice. And I’m glad that I can be a living testament to that.”

Ramon secured a nonexclusive distribution deal through the DC Office of Cable Television, Film, Music, and Entertainment (OCTFME) for “Hoya Boyz.” The documentary series is scheduled to air this Fall.

It Won’t Hurt Forever, Trust Me: 1st Assistant Director
https://vimeo.com/575906321
A narrative film about grief within the African American experience. Scheduled to premiere on BET+ December 2021.

Want to learn more about Ramon Lyons and his work? Click HERE to listen to his DC Radio interview.