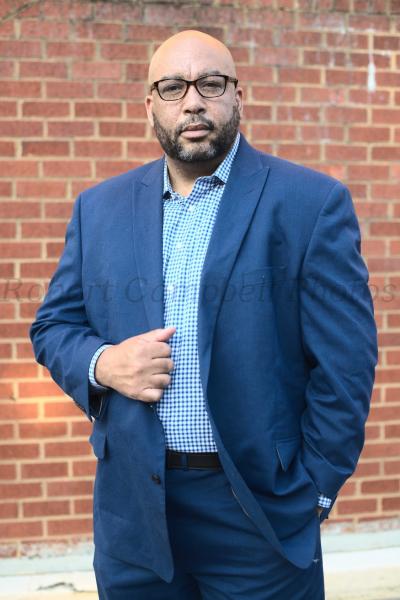 Washington, D.C. – The District of Columbia Office of Cable Television, Film, Music, and Entertainment (OCTFME) is pleased to recognize Jason Henderson as the October 2021, Filmmaker of the Month.

Jason Henderson is an author, screenwriter, executive producer, martial artist, physical therapist, and CEO of a health care company who has combined and focused these experiences into the development and production of compelling narratives.

The CEO of Ergo Solutions LLC, and Ergo Home Health, providers of rehabilitation services in Washington DC, Jason graduated from Florida A&M University where he earned a B.S.in Physical Therapy. He earned his Doctorate in Physical Therapy from Alabama State University and his Master of Business Administration from the University of Maryland University College. Jason has been practicing physical therapy for 25 years and provides educational programs, training, and consulting for education providers and businesses. In addition, he has over 20 years of Health Care project management and business.

Jason works with DC-based production companies to produce inspirational, life-affirming films that put on dramatic display the positive, life-affirming aspects of the human experience. He learned film making and production from DC area production companies under the leadership of Mimi Machado-Luces of MimiTV and Ricardo Villalba of Washington Digital Media. He was trained in technical writing by Kimberly Frazier of Q2S2 LLC of DC. His storytelling comes from his mother Caroline Moore Henderson who “wrote her first book at 70 years old entitled "Family Matters."

Jason launched his filmmaking career by adapting two of his written works “White Man Black Man, Chinese Man,” and “I am A Martial Autist,” into screenplays then writing and executive producing the films. He also has a passion for screenwriting, his “Home Health Chronicles” was selected and won first place in the Black Feedback Film Festival in Los Angeles, California. The film, written and executive produced by Jason, and currently in pre-production, is a story about a DC-based Physical Therapist working in the Nation's Capital, who has an adventurous Friday at work.

"I Thought I Knew You," an adaptation of his first novel "White Man Black Man Chinese Man" published in 2011, was written and executive produced by Jason. The production, a collaboration with MimiTV Productions, chronicles the story of three life-long friends, one white, one black, and one Chinese, and how their friendship endured while facing discrimination, racism, and stereotyping fueled by their unique relationship.

Jason is the executive producer and writer of "I Am A Martial Autist", the documentary and book both published in 2021, tell the inspiring story of a therapeutic martial arts program serving autistic children living in undeserved communities. Jason collaborated with Washington Digital Media to produce the documentary that will be airing soon on OCTFME’s District of Columbia Network (DCN).

“It is truly an honor to be recognized as the Filmmaker of the Month by OCTFME. I have been inspired by OCTFME with its work to highlight local DC creatives. Even though I am technical in physical therapy, I am inspired to shine the light on the great work of African American PTs in the District of Columbia. I want to thank the leadership of OCTFME, for allowing me to share my passion with the residents of the District of Columbia to fight Health Disparities,” said Jason Henderson.

Jason also enjoys practicing martial arts and is a black belt in Taekwondo.

Want to learn more about Jason Henderson and his work? Click HERE to listen to his DC Radio interview.