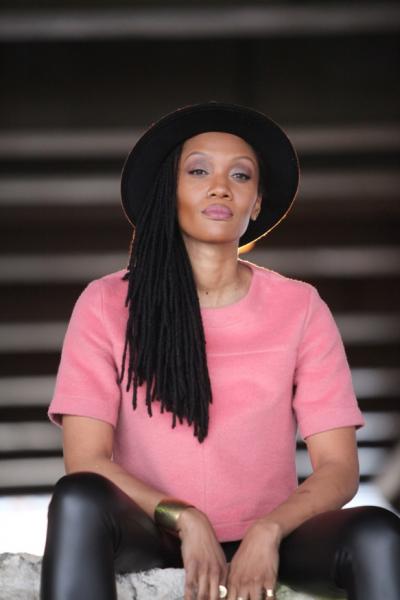 The District of Columbia Office of Cable Television, Film, Music, and Entertainment (OCTFME) is pleased to recognize Charneice Fox as the October 2018 Filmmaker of the Month.

Charneice Fox is an award-winning producer, screenwriter, playwright, published poet, children’s story author, and director of film and theater. The goddaughter of the legendary Gil Scott Heron, she is most known for her documentary The MLK Streets Project, which has aired on ASPIRE TV, has screened internationally and is an official selection of the Iowa State University's Social Justice Library. The MLK Streets Project has been featured on CNN, The BBC America, NPR and The Washington Post. Her play Rose Bushes and Machetes was the winner of Best Ensemble at the American Academy of Community Theater and went on to be produced in a festival off-Broadway.

“I love storytelling. It’s such an honor to be recognized by the Office of Cable Television, Film, Music and Entertainment, says Charneice. “The office has always been so welcoming and supportive of my work. It’s indeed one of my favorite places.”

A lover of food and wanting to promote the idea of pursuing an overall healthy lifestyle, together with Celebrity Vegan Chef Lauren Vonderpool, Charneice produces FRESH, a vegan cooking show for DCN. In 2015, Charniece produced Dawn Hall's artistic short, Testament of the Shadow, while gearing up to produce the first-ever High School 48 Hour Film Project with Executive Producer, Mark Ruppert, co-founder of the international 48 Hour Film Project Competition, the world’s longest and largest short film competition. “I actually pitched Mark Ruppert the 48 Hour Film Project for high school which he’d always thought about doing but hadn’t actually done. They ended up partnering with us and the Office of Planning to make that happen,” said Charneice. The High School 48 Hour Film Project reached over 200 students in Washington DC and produced 13 films screening at the historic Lincoln Theater.

With her writing group, in 2005 Charneice won the BET-Rap-It-Up Competition with the script Multitude of Mercies. Multitude of Mercies won the 2005 POP award for outstanding programming. A few months before winning the competition Charniece and the Straight, No Chaser crew participated in the 48 Hour Film Project and produced the film Paper Trail which was accepted into the Martha’s Vineyard African American Film Festival.

Her children's cookbook series "Taste Buddies" is set to be published by Owl Publishing in the fall of 2018 with the first book called "The Bread Monster."

“I’m really proud of this series, I named the kids in the books after my children,” said Charniece. She continued, “It’s more about personal development and accepting who you are and where you are. But they also include original recipes.”