OCTFME RECOGNIZES CONNIE ST. JOHN AS THE NOVEMBER 2022 FILMMAKER OF THE MONTH 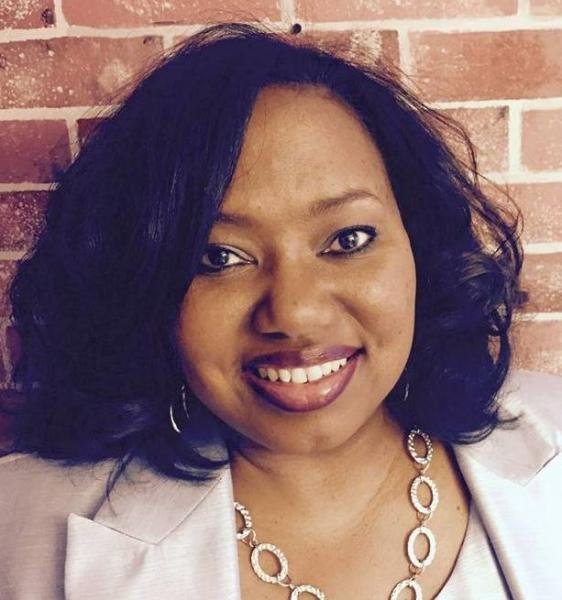 Washington, DC – The District of Columbia Office of Cable Television, Film, Music, and Entertainment (OCTFME) is pleased to recognize CONNIE ST. JOHN as the November 2022 Filmmaker of the Month.

Connie St. John is the Founder/CEO of No Weapon Productions (NWP) and President of the St. John Consulting Group.  She is also the creator of the Game Changers Experience, an innovative professional development program. Through both companies, Connie and her teams use entertainment to create life change for individuals, strengthen corporations and nonprofits, as well as to address social issues, such as bullying, youth empowerment and justice equality.

As No Weapon Production’s primary writer and director, Connie has written more than 100 plays, films and television scripts, including the award-winning short film, The Message (2005), and Asunder (2007), both of which screened at the prestigious Cannes Film Festival. To address the current racial justice issues, Connie wrote and directed a short film Have You Seen My Son?(2015), a film that is being used as a training platform and discussion piece for law enforcement agencies around the country.

“I am beyond honored to be recognized as one of OCTFME's Filmmakers of the Month. I do the work that I do because I love it, and I know entertainment changes lives. To have someone notice and acknowledge my efforts is incredibly humbling.”

Connie launched her career while still at Michigan State University, majoring in Computer Science and Theatre. At MSU, she produced a successful large-scale event (remake of Michael Jackson’s “Thriller” video) that attracted an audience of thousands, gaining the attention of the University Administration who asked her to produce an event each year for incoming freshmen. While at MSU, in addition to winning Producer of the Year, she also won Writer of the Year.

After leaving MSU, Connie began her career as a convention and event planner in Washington, DC with the DC Convention & Visitors Association. That experience opened the door for Connie to begin working in the events/publicity departments for media companies like Columbia Pictures Television, Turner Broadcasting, and Harpo Productions in Los Angeles. It was through these professional opportunities Connie discovered her talent for writing, producing and directing, eventually establishing her own production company in the early 2000’s.

Connie specializes in "change your life entertainment," and one of Connie’s most impactful and important projects is the Don't Be A Bully (DBAB) Project, an initiative to combat bullying in middle schools using entertainment. DBAB has three different components: 1) a stage production "We Don't Do That Here!" which is performed by high school students for middle schoolers; 2) 21 Under 21 - a concert/fashion show produced and featuring 21 young people all under the age of 21; and 3) an exciting video project that is unannounced but will be directed to elementary school children.

Other projects Connie currently has in development are a superhero feature film script, a Christmas-themed movie, and a legal drama television series.

Connie currently serves on the board of Women in Film & Video-DC, which provides educational and networking opportunities for screen-based media makers, celebrates women’s creative and technical achievements in media, and advocates for parity both in front of and behind the camera to ensure that all voices can be heard.

“We Don't Do That Here!" is a transformative musical production that is rolling out in high schools and middle schools around the country to combat the bullying epidemic. Featured on Channel 7.

"Not As I Do" tells the story of an underprivileged single mother who considers an arranged marriage for her oldest daughter to ensure that she will not live a life of poverty and struggle.

"Aunt Mildred's House," a fun, dark comedy/thriller, was produced with Women in Film & Video-DC for the 48-Hour Film Project. We are submitting it to film festivals around the country.

"Apple Berries" is a suspense/thriller short film about a family that moves to a small town and learns that all the residents eat and love poisonous "apple berries."

Want to learn more about Connie St. John and her work? Click HERE to listen to her DC Radio interview.