Wednesday, November 10, 2021
This award-winning producer and director has established himself as a force in the film festival world having created, consulted, and fostered dozens of events around the globe. 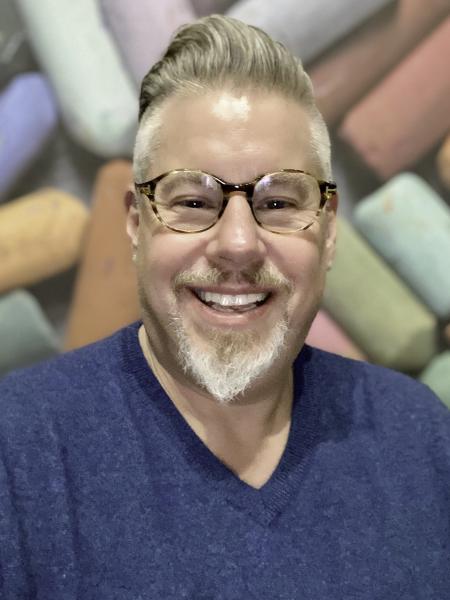 Washington, D.C. – The District of Columbia Office of Cable Television, Film, Music, and Entertainment (OCTFME) is pleased to recognize Jon Gann as the November 2021, Filmmaker of the Month.

Jon Gann is a DC-based arts and film festival administrator; author; film producer and director of several award-winning commercial, documentary, and narrative films since 2000. Jon’s latest documentary, "Miss Alma Thomas: A Life in Color" tells the story of often-overlooked and under-appreciated DC-based African American artist and educator, Alma Thomas. The critically acclaimed and award-winning film, created for an art gallery retrospective is currently screening at museums and film festivals around the country.

“I am honored to be recognized by OCTFME for my work as a filmmaker and community leader. Being recognized for two decades of service to our incredible film community is truly humbling,” said Jon Gann.

During his illustrious career as a filmmaker and film and arts administrator, Jon has established himself as a force in the film festival world, having created, consulted with, and fostered dozens of events around the globe.

He is the Founder of DC Shorts, a non-profit organization championing short filmmaking, and the creator of the DC Shorts Film Festival, one of the country’s premier short film showcases. Jon is also a founding Board Member and former Executive Director of the Film Festival Alliance, the first organization to professionalize the film festival space and a recently finished 10-years as the senior Advisory Board member at George Mason University’s School of Film & Video Studies.

Jon Gann has authored several books that have become industry-recognized references for filmmakers, arts administrators, and special event organizers. "Behind the Screens: Programmers Reveal How Film Festivals Really Work” examines how programmers and organizers curate, collect, watch, and select films for their festivals, with frank insights revealing the inner workings of an industry that is often misunderstood. His follow-up work “So You Wanna Start a Film Festival,” explores the trials and tribulations of starting a new event, with lessons from both for-profit and non-profit festivals.

Jon has received the Television and Internet Video Association’s (TIVA) Community Partner Award, has been recognized by the DC Commission on the Arts and Humanities as an Artists’ Fellow. He has done presentations at over 120 universities, film organizations, and film festivals worldwide, and has spoken at the International Film Festival Summit, Art House Convergence, and TEDxWDC. Jon has also created theatrical projects for the Capital Fringe Festival and produced major live events for companies and organizations around the country.

Recently released: "Miss Alma Thomas: A Life in Color," the first documentary film that explores Thomas’ incredible life through the lens of curators, art specialists, scholars, and her family, and award-winning actress Alfre Woodard as the voice of Miss Thomas. Released in conjunction with a major four-city museum retrospective, thousands will have the opportunity to learn of her life, work, and continuing influence.

Want to learn more about Jon Gann and his work? Click HERE to listen to his DC Radio interview.