Friday, June 17, 2022
This DC-based filmmaker produces content made to highlight and uplift BIPOC artists with the goal of creating opportunities for historically underrepresented local populations. 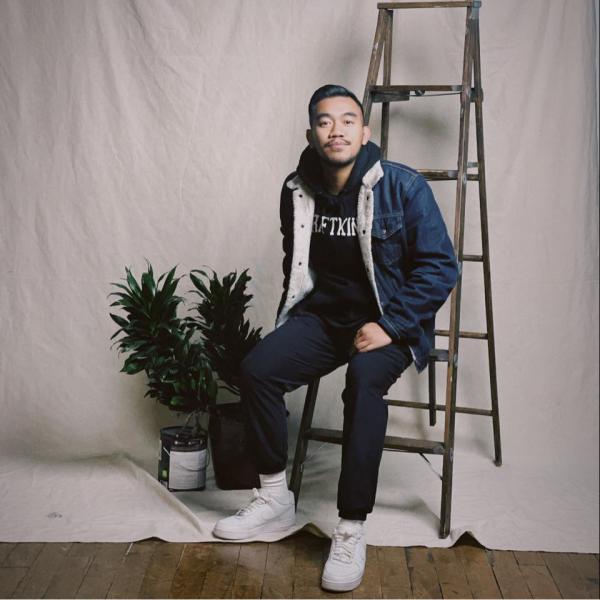 Washington, DC – The District of Columbia Office of Cable Television, Film, Music, and Entertainment (OCTFME) is pleased to recognize JARELL MIQUE as the June 2022 Filmmaker of the Month.

Jarell Mique is the Co-Founder and Creative Director for Crate for Everything, a DC-based production agency, creative incubator, and DC’s first all-Asian owned art/photo studio.

Jarell’s career has spanned the intersection of marketing and media. With an understanding of the newly emerging field for creative entrepreneurs, he is no stranger to what is necessary for executing culture forward projects. With a background in international broadcast journalism, Jarell’s interest in advocacy and storytelling has shined a light on the District’s shining talent and local artists. With a mission to uplift BIPOC artists, the program and content produced by Jarell are specifically made to highlight, uplift, and create opportunities usually not accessible to locals from historically underrepresented communities.

“Creative Entrepreneurship is a lifestyle and there's many unique ways to be a career producer/filmmaker. I'm thankful for OCTFME's recognition as Filmmaker of the Month because my approach and journey has been a unique and fulfilling one. I hope everyone gets to enjoy the life of being a creative,” said Jarell Mique.

Jarrell was introduced to filmmaking from the Instagram meetup group, @streetmeetDC, where he found his passion for filmmaking and love of DC. Shortly after finding this space, he started pursuing filmmaking full-time and was soon able to travel the world with my camera.

Regardless of his unique approach to career-filmmaking, Jarell has amassed over 100 million views through projects that he’s produced working with clients such as: USA Today, Toyota, The Washington Post, Mr. Beast, Buzzfeed, and more. Jarell has also directed and produced the spinoff internet show “DC is Blind” a local blind dating show that aired during the beginning of the pandemic. Jarell develops projects, scripts, and direction strategy based on the client's needs and visions. He specializes in adding a culture-forward mission to existing projects.

Jarell is currently producing a short documentary on the verbal history of the historical art building, 52 O Street NW Artist Studios that showcases and memorializes the legacy of the DC art scene by documenting the stories from members of his community.

“My main focus right now is the newest program for my studio: International Arts Program. A program that uplifts artists by turning them into internationally exhibited artists. We have a network of engaged embassies that are excited to feature and exhibit artists in their spaces.”

Want to learn more about Jarell Mique and his work? Click HERE to listen to his DC Radio interview.