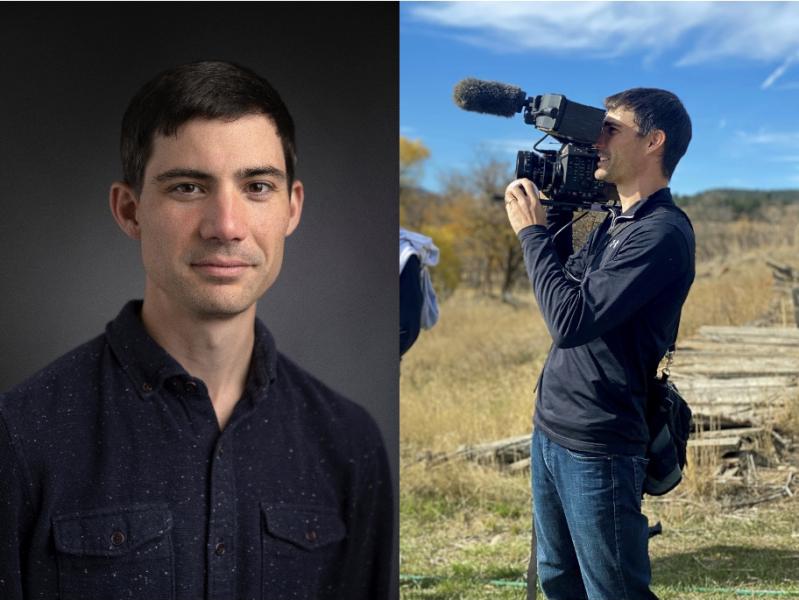 Washington, DC – The District of Columbia Office of Cable Television, Film, Music, and Entertainment (OCTFME) is pleased to recognize RAY WHITEHOUSE as the July 2022 Filmmaker of the Month.

Ray Whitehouse works at the intersection of documentary film and journalism. He studied journalism at Northwestern University and got his M.A. in visual communication at UNC Chapel Hill. While in school, he interned at four newspapers and pursued his own photo and video projects. Ray grew to love the craft of visual storytelling, dedicating his last ten years to the field. The core tenets of his practice are transparency, collaboration, and critical reflexivity.

“I'm grateful to receive this recognition and be a part of the vibrant filmmaking community in Washington, D.C. I look up to so many of the previous filmmakers of the month!”

Ray most recently directed and served as director of photography on the documentary, A Run for More, which premiered at the 2022 Frameline Film Festival in San Francisco, the longest-running and largest recognized LGBTQ+ film exhibition event in the world. A Run for More tells the story of Texas transgender politician Frankie Gonzales-Wolfe who sought to become the first openly transgender elected official in Texas. This important and impactful film immerses viewers on Frankie’s journey as she finds her voice, questions her relationship to community, and tries to win an election.

Some of Ray’s other film credits include serving as the second unit DP on To the End, directed by Rachel Lears, which premiered at Sundance in 2022, that tells the story of four inspirational and passionate young women of color fighting for a historic shift in US climate change politics. Ray also wrote, co-directed, and served as the director of photography for the documentary short, Bring Them Home, which premiered at the Big Sky Documentary Film Festival in 2022 that tells the story of a family torn apart by the global effort to stop Iran from building a nuclear weapon.

Ray has worked as a director of photography/cinematographer on more than 20 documentary features and filmed, produced, and edited projects for The New York Times, The Washington Post, TIME, and Univision, among others. He is the community coordinator for the D.C. chapter of Video Consortium and a regional co-chair of the Documentary Producers Alliance.

Cinematographer/Director of Photography: To the End (2022)
Directed by Rachel Lears, premiered at Sundance in 2022
Director, Cinematographer: Bring Them Home (2022)
Premiered at the Big Sky Documentary Film Festival in 2022

Want to learn more about Ray Whitehouse and his work? Click HERE to listen to his DC Radio interview.

The Office of Cable Television, Film, Music, and Entertainment (OCTFME) launched the "Filmmaker of the Month" initiative as a vehicle for highlighting the talents and creative contributions of filmmakers that make the District of Columbia their home. The "Filmmaker of the Month" initiative is part of OCTFME's mission to elevate the national and international profile of the District's talented filmmakers.