Friday, February 12, 2021
DC filmmaker Darnice Wright is a committed Youth Advocate whose motto, “One Life Changed, One Family Saved,” defines how she makes a difference. 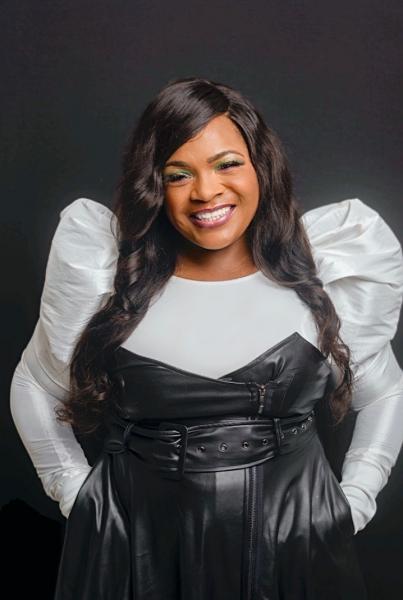 Washington, D.C. – The District of Columbia Office of Cable Television, Film, Music, and Entertainment (OCTFME) is pleased to recognize Darnice Wright as our February 2021 Filmmaker of the Month!
“As a native Washingtonian, it is an honor to be recognized as OCTFME's Filmmaker of the month for February 2021, especially as I have just completed my first film. Growing up in the District, I admired the talent that was bred here in the city. Now, through my passion and expertise, I can understand their grit and am able to create life changing, quality film productions for the world to see and for DC to be proud of,” said Darnice Wright.

Darnice is a humanitarian who began her journey over twenty years ago as a committed, enthusiastic, community leader and youth advocate. Her life's experiences encouraged her to help inspire and motivate children from all walks of life and economic backgrounds.

In the past few years, Darnice recognized the increasing number of missing children, many of whom were thought to be runaways. She became determined to understand what was transpiring in our communities. Subsequently, she learned that many of these disappearing children were not runaways, but victims of sex trafficking.

Many sex trafficking victims are blind-sided with promises of love, money, and an altogether better life, all to end up being manipulated, tortured, and forced into sex trafficking.  Most of the time these acts are perpetrated by someone they trusted. This film is a voice for those who have no voice and feel like there is no hope.

Deeply affected by the issue and wanting to make a difference, Darnice Wright developed her own short film FISHNETS.  The film presents the reality of the illegal act, which generates $99 billion in profit per year, in the US alone.

Darnice’s 40-minute short film, FISHNETS delves into the heart of sex-trafficking and depicts the emotional journeys of sex trafficking victims, revealing  how these victims are exploited, demoralized, and violated.  Darnice’s recent work and research motivated her to present this film nationally, to show the harsh realities of an issue that many are not aware of and/or may choose to ignore.

January was National Slavery and Human Trafficking Awareness Month and to create and spread awareness, two private screenings of the short film were held January 30th. Following the production of FISHNETS, Darnice did a thorough analysis to help find a solution. She concluded that the keys to the prevention of this awful crime, are education and awareness.

Darnice Wright founded 811 Productions﻿, a Film and Television Production Company that specializes in propelling independent projects to the big screen such as FISHNETS.  She is passionate about those affected by human and sex trafficking and plans to open the Dunamis House in November of 2021.  Dunamis House will be created to provide a safe and stable living environment for displaced young women seeking to escape from sex trafficking. Darnice lives by the motto, “One Life Changed, One Family Saved.”

Want to learn more about Darnice Wright and her work? Click HERE to listen to his DC Radio interview.