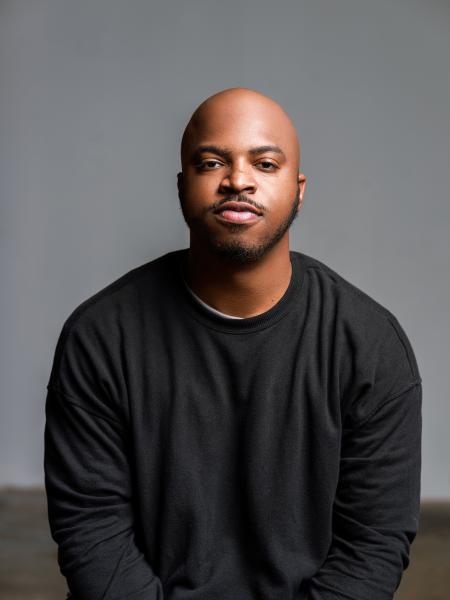 Washington, D.C. – The District of Columbia Office of Cable Television, Film, Music, and Entertainment (OCTFME) is pleased to recognize Trivell Miller as our December 2020 Filmmaker of the Month!

“Being selected for OCTFME's December 2020 FOTM is an honor. It can be tough growing up and working in a city that isn’t known for film production,” said Trivell Miller.  “Especially when everyone leaves home headed towards the bigger markets. Staying rooted in DC, building a community, and creating stories that are impactful and bring awareness to us as black people will always be my why.  I’m just thankful to have the opportunity to do what I do and be acknowledged for it.”

When time, energy, and purpose meet, the results are dynamic, and even dangerous. After 13 years working for the federal government, Trivell ditched his 9-to-5 and stability for a self-taught cinematography career. He is inspired by and dedicated to capturing “real life” emotion. That means creating films that give people a voice and shed light on stories of our shared experiences.

From helping brands shift their strategy to include underrepresented audiences, to being amongst a generation of future filmmakers finding their voice; he speaks clearly and passionately. “Being creative is different for everyone. There isn’t one blueprint for success — it comes from finding your own way and making something out of it. Believe in your artistry and be true to yourself.”

Trivell has worked with brands such as Google, YouTube, Under Armour, Visa, Marriott, Color of Change, Dick’s Sporting Goods, and others to create storytelling visuals for a broader audience.

Born, raised and currently residing in Washington, DC, Trivell is a graduate of Bowie State University and holds a B.S. in Marketing.

Want to learn more about Trivell Miller and his work? Click HERE to listen to his DC Radio interview.