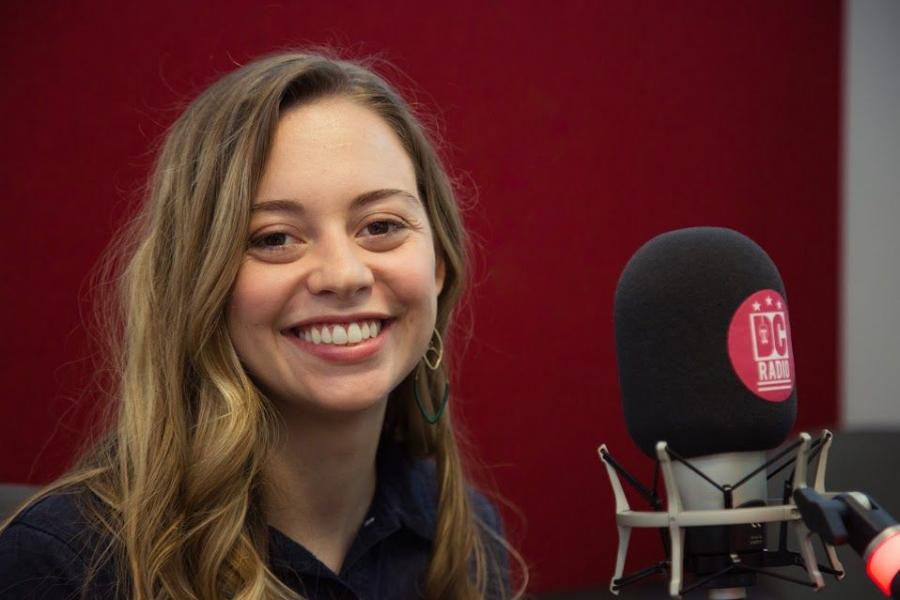 Washington, DC – The District of Columbia Office of Cable Television, Film, Music, and Entertainment (OCTFME) is pleased to recognize Katie Bryden as our August 2020 Filmmaker of the Month!

“Sharing environmental stories and positive conservation messages is a passion of mine and I’m so appreciative that OCTFME recognizes the value in environmental storytelling. It’s truly an honor to be August ‘Filmmaker of the Month."

Her film on the Lau Seascape, which played at the UN Oceans Conference, led to an official commitment from the Fijian government to protect the area, and her film on the Gaborone Declaration of Sustainability in Africa has aided discussions on sustainability across Africa.

Katie earned a Bachelor of Arts in Film & Media Arts with a minor in Environmental Science at American University and a certificate of Film Production from the Film and TV School of the Academy of Performing Arts (FAMU) in Prague.

During her time at University, Katie produced a three part 30-minute documentary called "Chesapeake Footsoldiers" in collaboration with American University and Maryland Public Television. The film won Best Environmental Production at the 2016 American Visions Awards and Best Documentary Short at the Hollywood International Moving Pictures Film Festival, and was a semi-finalist in the New York Film and TV Festival and DC Environmental Film Festival Finalist.

Want to learn more about Katie Bryden and her work? Click HERE to listen to her DC Radio interview.