OCTFME RECOGNIZES DEWEY ORTIZ, JR. AS THE APRIL 2021 FILMMAKER OF THE MONTH

Tuesday, April 13, 2021
This talented filmmaker’s goal is to change the perception of African Americans in Cinema. 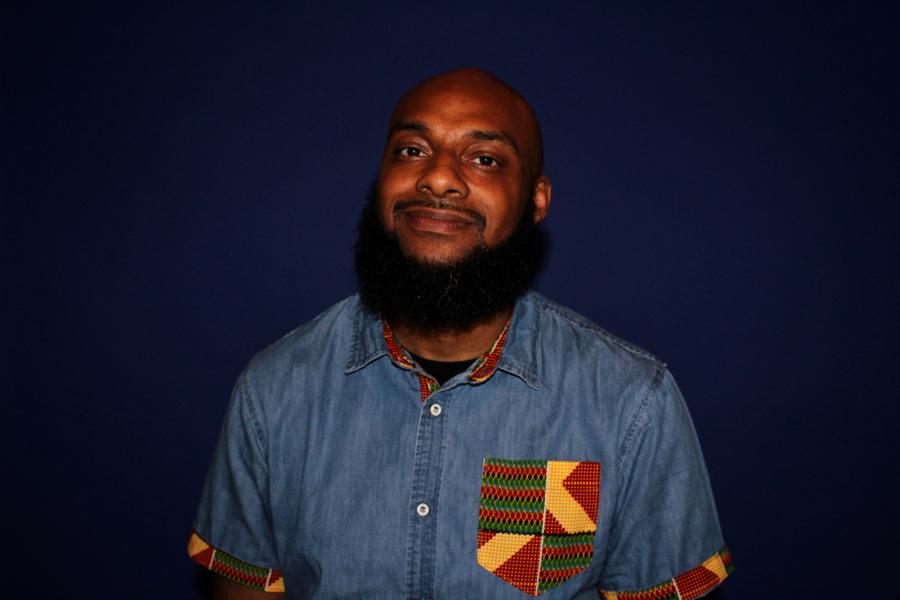 Washington, D.C. – The District of Columbia Office of Cable Television, Film, Music, and Entertainment (OCTFME) is pleased to recognize Dewey Ortiz, Jr. as the April 2021 Filmmaker of the Month.

Dewey A. Ortiz, Jr. co-founded DK Filmworks in 2010 with the goal of changing the perception of African Americans in cinema.

“I am very humbled and appreciative to be recognized as OCTFME's Filmmaker of the Month. Washington, DC has gone above and beyond to support my artistry over the years. Every one of my films has been supported financially by DCCAH and last year I had the pleasure and privilege of being accepted into the 202Creates Spring 2020 residency. OCTFME's recognition is further proof that Washington, DC supports its black artists and black arts. Thank you to Director Angie Gates, the OCTFME family, and of course Mayor Muriel Bowser,” said Dewey A. Ortiz.

Dewey Ortiz’s latest film is a documentary, Higher Power. Recreational cannabis use is legal in Washington, DC, however, recreational cannabis sales are not. Higher Power is the story of Black Washingtonians navigating this in-between space while looking to build their futures through participation in the legal cannabis industry. Higher Power uses the complex past (and present) of cannabis legalization in Washington, D.C. to tell a larger story about the disenfranchisement of 700,000 U.S. citizens and the pressing need for D.C. statehood. Higher Power is the second documentary Mr. Ortiz has developed that highlights the perseverance of D.C. residents. His series Survivor Stories, which features four courageous D.C. women who have survived domestic abuse, won Best Web Series at the 2017 D.C. Black Film Festival.

Mr. Ortiz has an M.F.A from Howard University in filmmaking and a B.S. in video production from Ohio University. He discovered his passion for filmmaking at the early age of ten, watching films with his father. Early on, Dewey came to realize that he disliked the negative way African Americans were portrayed on the big screen and over time he recognized he was not alone in that perception. As he became educated on the ugly reality of racism in America, he decided to use and hone his filmmaking skills to counter the racist stereotypes and caricatures that are often dominated by white-centered narratives.

In addition to directing our living stories, Mr. Ortiz is also an imaginative writer. He wrote, directed and executive produced his first narrative short, Comeuppance which screened at several festivals in 2014, and is currently available for streaming on Amazon.

In February 2019, Mr. Ortiz completed The Runaways, a powerful short, filmed in D.C. The film follows abused and neglected teenagers as they gather the courage to escape their tumultuous lives. The Runaways enjoyed a successful film festival run that included ten festival appearances and culminated in a best film award. It is currently available for streaming on KweliTV.

In 2020 Mr. Ortiz was selected to participate in the 202Creates Artist Residency program in Washington, D.C. The program helps creative entrepreneurs grow their business and or project from idea to creation.

Want to learn more about Dewey Ortiz Jr. and his work? Click HERE to listen to his DC Radio interview.