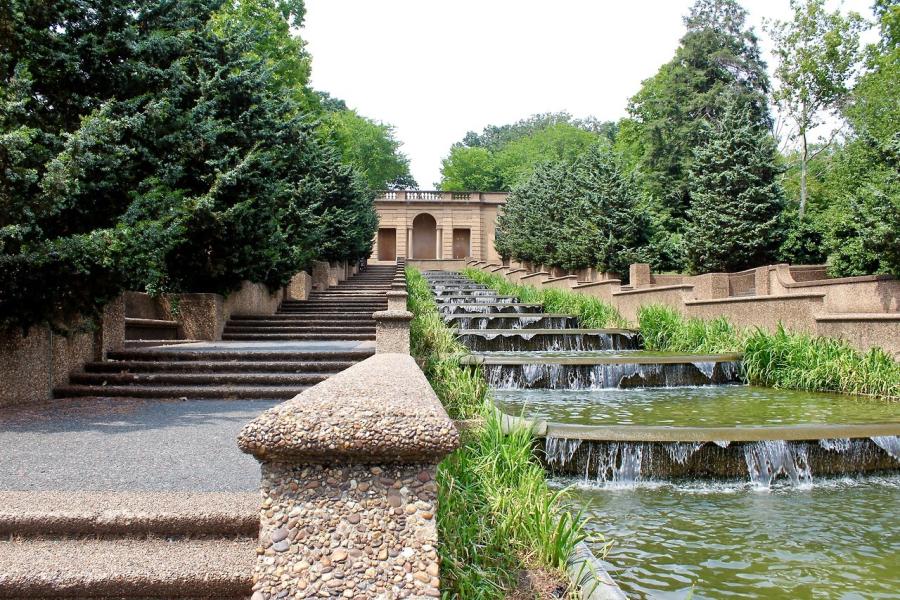 The Office of Cable Television, Film, Music and Entertainment (OCTFME) is pleased to recognize Meridian Hill Park as the September 2017 Location of the Month. Meridian Hill is an urban oasis of mature trees and an array of floral abundance on twelve multi-terraced acres, located in the Columbia Heights neighborhood of the District within the boundaries of 15th and 16th Streets NW (to the east and west) and Euclid Street NW and Florida Ave NW (to the north and south).

Meridian Hill Park is an inspiring outdoor venue for independent filmmakers and creative artists in the District. With rich historical ties to the District, today’s Meridian Hill Park offers an ideal setting for filmmakers, with unique and unexpected city vistas with multidimensional features that bring together elements of history, landscaping, water and sky. Located within the park are plenty of cinematic backdrops: a thirteen-basin cascading fountain that is the longest in North America, the Joan of Arc statue which is the only equestrian statue of a woman in Washington, D.C., a statue of Dante, and the James Buchanan Memorial.

The U.S. government purchased the grounds in 1910 and hired landscape architects George Burnap and Horace Peaslee who planned an Italian style garden. The structures made revolutionary use of concrete aggregate as a building material, featuring sweeping plazas, stepped walkways and stunning overlooks of the city.

Meridian Hill Park is managed by the National Park Service (NPS). If you have interest in commercial photography or filming at the park you must contact the NPS to receive the required permits. The NPS staff can guide production teams through the permitting process and also work with you to schedule walkthroughs and location scouting visits. The National Park Service permitting office can be reached at (202) 245-4715, and information about the permitting process and permit applications can be found at: https://www.nps.gov/aboutus/news/commercial-film-and-photo-permits.htm . You can also contact Rich Moorer, NPS Permits Specialist , at [email protected] or via phone at (202) 895-6013.

The “ Location of the Month ” initiative is part of the agency’s mission to market and support District locales as media production locations, and to bring attention to the wide range of cinematically compelling locations that are available to film and television productions.