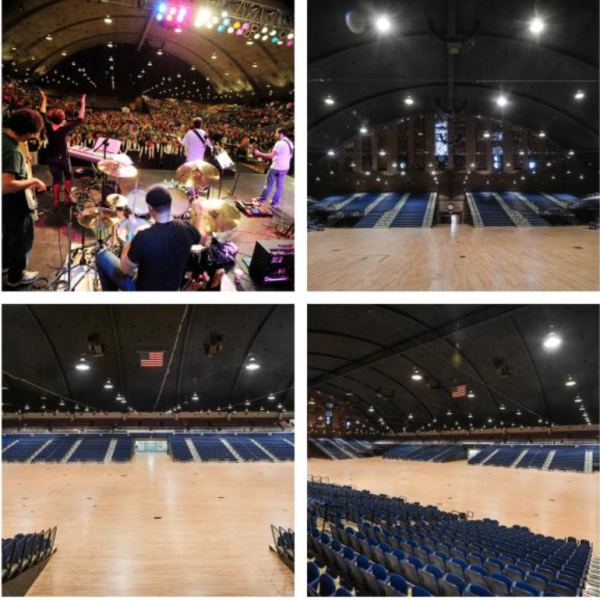 The Office of Cable Television, Film, Music and Entertainment (OCTFME) recognizes The DC Armory as the November 2019 Location of the Month.

Opened in 1941, the DC Armory is Washington, D.C.’s auditorium, arena, big top and ballroom and one of the most versatile venues in the Mid-Atlantic region. Under its huge dome, visitors to this landmark showplace enjoy a year-round parade of events as wide-ranging and diverse as the people who come through its doors.

President Harry S. Truman held the first inaugural ball at the Armory in 1949. Since then, the Armory served as home to inauguration balls each election cycle from President John F. Kennedy to President Barack Obama.

The DC Armory is ideal for film, television and video productions and can host conventions, circuses, and inaugural balls as well as concerts, expos, sporting events, trade shows, and much more. It can be adapted to audiences of varying sizes from 10 to 10,000 people and its interior features nearly 70,000 square feet of exhibition space.

Major events broadcasted from the DC Armory include championship boxing featured on HBO, Showtime and ESPN. The venue is used as a black box for commercial shoots and photo sessions that seek an industrial, aircraft hangar-like space. Events DC operates the non-military function of the DC Armory and is always open to working with various organizations.

In 2012, the DC Armory hosted the U.S. men’s and women’s Olympic basketball teams as they prepared for the 2012 Summer Olympic Games in London. The stop included practices, scrimmages and the Hoops for Troops program which brought more than 3,000 members of the military and their families to participate in activities with players including LeBron James, Kevin Durant, Kobe Bryant and others. The Armory is also the home of the DC National Guard and the DC RollerGirls, a female flat-track roller derby league currently in its 11th season.

“We are honored to be the featured location of the month for November 2019 by the Office of Cable Television, Film, Music, and Entertainment,” said Paul David Snell, Director, Sports and Entertainment Bookings at Events DC.  “The DC Armory is one of the most versatile and iconic venues in the District of Columbia and has played host to a number of historic events, celebrations, sporting events and more during its 78 year history. As the operator of the DC Armory, Events DC is delighted to be recognized by such a great organization within our own city to highlight this venue.”

To learn more about the DC Armory visit http://eventsdc.com/Venues/DCArmory.aspx or OCTFME’s locations referral resource THE DC ARMORY.  For information about past locations of the month, visit DC Reel-Scout Directory.