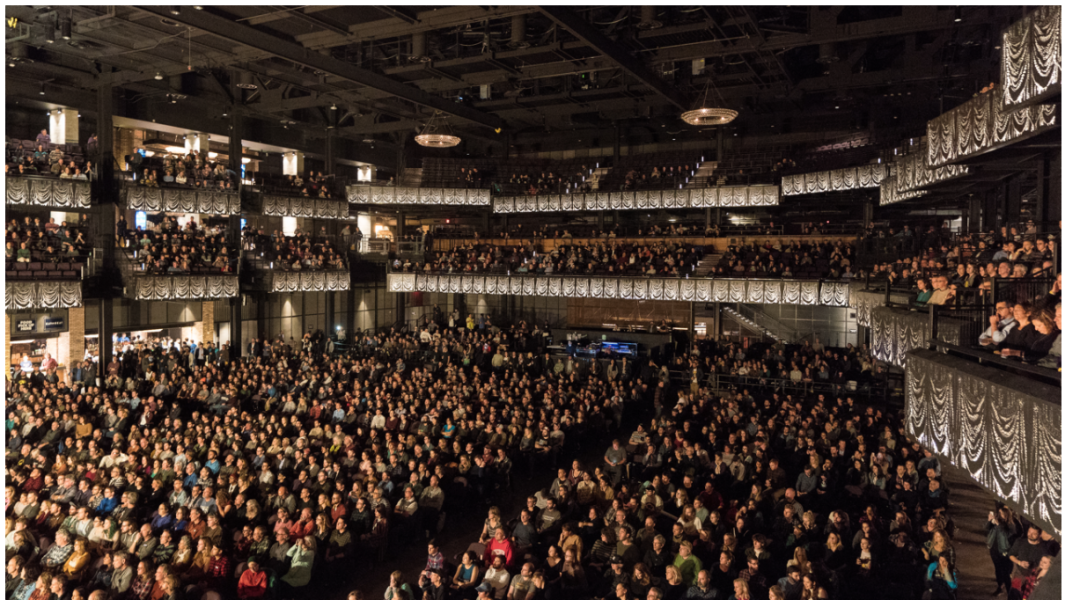 The Office of Cable Television, Film, Music and Entertainment (OCTFME) recognizes The Anthem as the November 2017 Location of the Month. The Anthem, the first venue of its size in the District built from the ground-up for music, had its official grand opening in October 2017 and is located at the newly constructed Southwest Waterfront, District Wharf in Ward 6. Spanning one mile along the Potomac River, The Wharf is a destination spot with restaurants, shopping, residences, hotels, marina and market docks, the iconic Fish Market, and The Anthem.

The Anthem offers a dynamic location option for filmmakers or commercial photographers to capture live music or stage concert scenes. The Anthem has a state-of-the-art look and feel with full arena production and rigging capabilities. The Anthem also boasts a flexible capacity ranging from 2,500 people to a maximum of 6,000.

According to Billboard, “The Anthem is Washington, DC’s new monument to rock. The venue boasts some cleverly designed jaw-droppers: a three-story lobby with a ceiling that provides a provocative glimpse into a glass-bottomed pool above; a roof-top patio above the marquee with a panoramic view of the Potomac … and strategically angled ‘Super Excellent Seats’ that offer unobstructed views of the stage below. With its concrete floors, posh balcony seating and backlit steel curtains, The Anthem is DC’s new music cathedral.”

The District Wharf is a 3.2 million square foot waterfront project and, upon completion in 2020, will produce nearly 6,000 jobs. The Bowser Administration invested approximately $200 million with The Wharf and secured agreements with The Wharf to hire at least 51 percent of Washingtonians.

For more information on The Anthem, visit http://www.theanthemdc.com. To make formal booking inquiries for commercial filming at The Anthem, please contact the facility staff at [email protected].

The Anthem - November 2017 Location of the Month