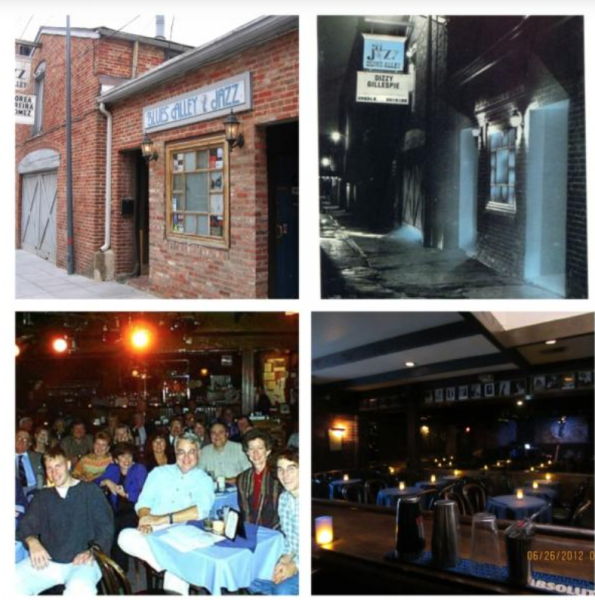 The Office of Cable Television, Film, Music and Entertainment (OCTFME) recognizes Blues Alley as the May 2019 Location of the Month.

Tucked away in an 18th century red brick carriage house in the heart of historic Georgetown, within the District’s Ward 2, Blues Alley has a unique ambience and is reminiscent of the early 20th century jazz clubs.  The location and surrounding area of Georgetown offer a singular setting for film, television and productions.  Several productions have shot at Blues Alley including national commercials for Wendy’s, Time Life’s Jazz Music commercial series and over a dozen BET on Jazz programs, to name a few.  In addition, music producers and musicians should consider the venue for live recordings, as artists such as Wynton Marsalis, Eva Cassady, Ramsey Lewis, Dizzy Gillespie, Ahamad Jamal and Staley Turentine have recorded successful live albums inside the hallowed walls.

“Blues Alley Jazz, the nation’s oldest continuously operating jazz supper club, is pleased and proud to partner with DC’s Office of Cable Television’s “Location of the Month,” stated Harry Schnipper, Executive Director of Blues Alley.  He added, “This partnership reflects some of the world’s premier cultural curatorial content for the citizens of the District of Columbia in, of or around our city and our nation.”

The Blues Alley Jazz Society was formed for the promotion of jazz music through education. The Society tries to achieve that ambition through multiple education and performance opportunities each year designed to benefit young jazz musicians in the Washington metropolitan area. Founded by internationally renowned jazz trumpeter Dizzy Gillespie and Blues Alley, The Society places a premium on the jazz education of young people and created a network of public-private partnerships to provide free and open performance-oriented instructional opportunities for jazz students in the National Capital Region.

Called “the nation’s finest jazz and supper club” by the New York Times and “Best Night Spot” by Washington Magazine, Blues Alley is an institution in Georgetown, Washington DC, and beyond, and known as one of the premier jazz clubs in the world.

To learn more about the Blues Alley visit www.bluesalley.com or OCTFME’s locations referral resource Blues Alley.  For information about past locations of the month, visit DC Reel-Scout Directory.