OCTFME Recognizes Decades as the March 2017 Location of the Month 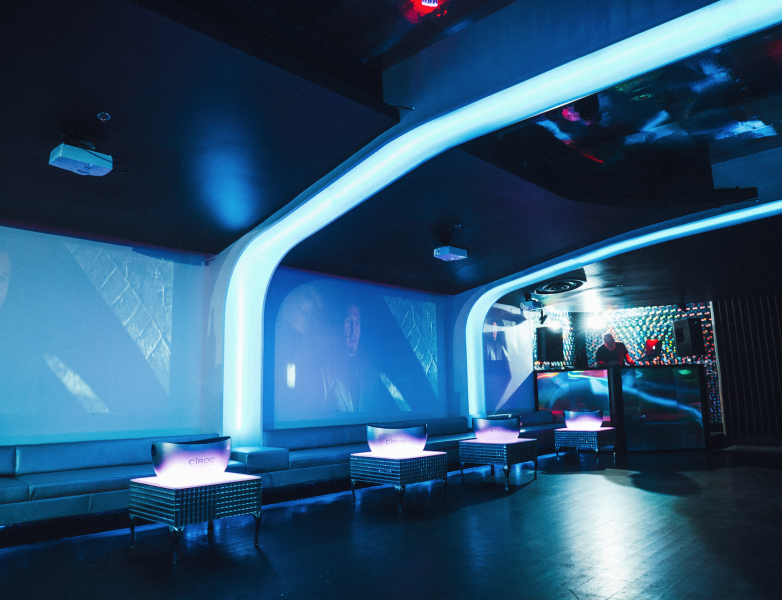 The Office of Cable Television, Film, Music and Entertainment (OCTFME) recognizes Decades as the March 2017 Location of the Month.

Decades is a multi-level nightclub facility offering various levels of unique spaces available as media production locations. The three-story retro-themed nightclub celebrates club culture, DJs, and the greatest hits from the ‘80s, ‘90s, 2000s and the present. Graffiti, gadgets, gear and more are also showcased throughout the space, celebrating everything we love about the energy and excitement of club culture and club-friendly sounds of all genres from music’s most exciting eras.

Located at 1219 Connecticut Avenue NW in the space formerly occupied by Midtown, the venue is centrally located in the District’s Golden Triangle neighborhood in Ward 2. The venue offers 12,000 square feet, of retro-themed space, with various rooms that can be utilized for a variety of filmmaking purposes. Each of the club’s four floors reflects a different decade. There's a 2000s themed floor, 80s and 90s themed floor with adjoining "arcade", a Decades of Hip-Hop floor, and a new 90s/2000s "Miami"-themed rooftop currently under construction that will be completed during the spring of 2017.

Decades is the latest club from the Panorama Productions group that also manages other interesting local clubs, restaurants, concert venues, and bars that also serve as great locations for filming that provides a hip, urban DC nightlife look and feel, including: Echostage, Barcode, Soundcheck, Ultrabar, and L8 Lounge.

An on-site facility manager is available at Decades to answer any questions about the space, its features, and any usage restrictions. To learn more about the Decades and to view photos of the location, please visit the Location of the Month page on the OCTFME website. If you are interested in using Decades as a filming location, please contact us at [email protected].

The “Location of the Month” initiative is part of OCTFME’s mission to market and support District locales as media production locations, and to bring attention to the wide range of cinematically compelling locations that are available to film and television productions.

The District of Columbia Office of Cable Television, Film, Music & Entertainment (OCTFME) is responsible for implementing, managing, and administering programs, initiatives, and services that support media industry economic activity, growth, and employment in the District of Columbia. Washington, DC’s instantly recognizable landmarks, diverse neighborhoods, cultural amenities, and first-class accommodations are just some of the many features that make the nation’s capital a venue of choice for media production. For more information, contact the Office of Cable Television, Film, Music & Entertainment at (202) 727-6608, visit us on the web at http://film.dc.gov, join the DC Film community on http://www.facebook.com/EntertainDC, or follow us on http://twitter.com/Entertain_DC.