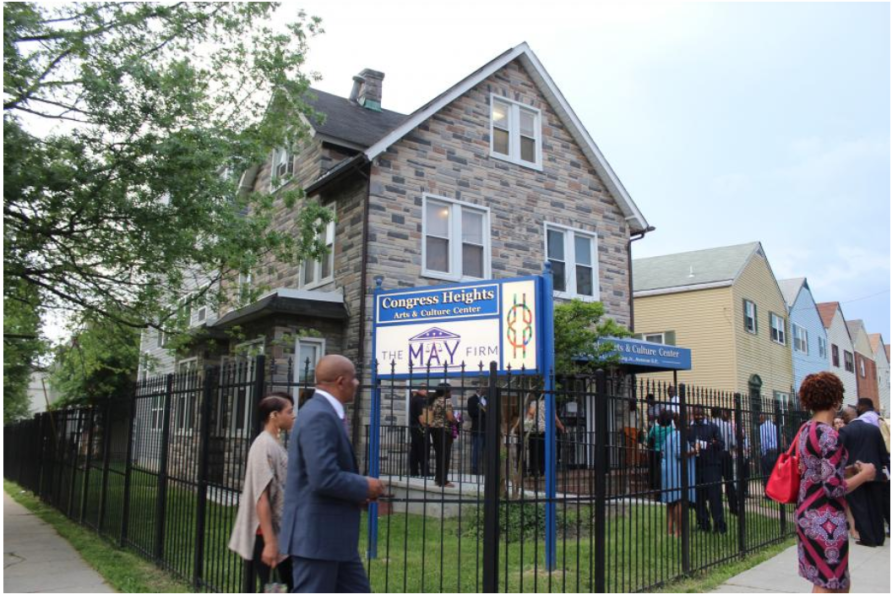 The DC Office of Cable Television, Film, Music and Entertainment (OCTFME) recognizes the Congress Heights Arts & Culture Center as the June 2019 Location of the Month.

Nestled firmly in the community of Congress Heights in Southeast DC, east of the Anacostia River, The Congress Heights Arts & Culture Center (CHACC) is DC. The rich historic feel of the neighborhood combined with a vibrant revitalization sweeping through the area makes an inviting environment for film and television productions.  The first floor gallery space, rooftop terrace and full function kitchen of the Culture Center can accommodate events and productions alike.

CHACC was established to explore arts and culture of people of the African Diaspora, specifically communities of African Americans residing east of the Anacostia River.  The Center’s mission, purpose and highest priority is to help weave children, youth and young adults into the fabric of the economic revitalization and expose, inspire and educate these young people, specifically in Wards 7 and 8, to the rich artistic and cultural opportunities the District of Columbia has to offer. CHACC is the artistic and cultural home to many east of the river creatives.

“It is such a pleasure to be featured as the location of the month for June 2019, by the Office of Cable Television, Film, Music, and Entertainment,” stated Keyonna Jones, Founder and Executive Director of CHACC.  “Congress Heights Arts & Culture Center is a family - a tribe, with a vision to expose, inspire and educate. We strive to be a safe place for our community, a hub of innovation and catalyst for creativity.  It is an extreme honor to be recognized and supported by such an esteemed organization. We are so grateful!”

To learn more about the Congress Heights Arts & Culture Center visit https://www.chacc.org or OCTFME’s locations referral resource CHACC.  For information about past locations of the month, visit DC Reel-Scout Directory.