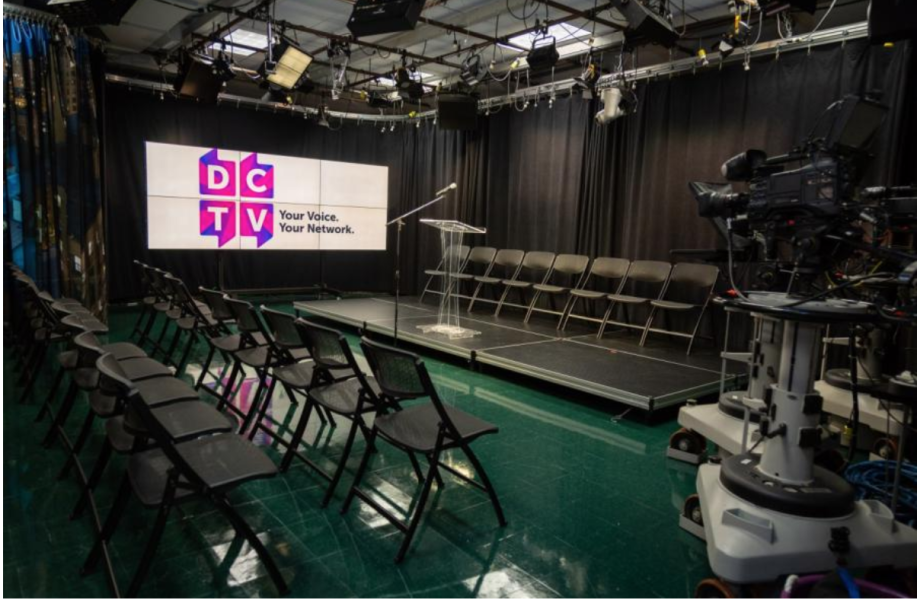 The Office of Cable Television, Film, Music and Entertainment (OCTFME) is pleased to recognize DCTV as the June 2018 Location of the Month.

Located in the Brooks Mansion, the building is the largest historic landmark in Ward 5. It is conveniently located in the heart of Brookland right next door to Brookland/CUA Metro on the Red Line. DCTV is DC's only television station devoted entirely to local programming created by and for DC and metropolitan area communities. The facility features two production studios, HD cameras, editing suites, meeting rooms, ample parking and outdoor grounds space.  The adaptable space has been utilized to produce content for major networks including Vice, Public Broadcasting Service, and CNN.

“Under DCTV’s tenure, The Historic Brooks Mansion has been uniquely designed to create a production environment that caters to students, novice, professional production members and the community-at-large,” says Nantz Rickard, CEO of DCTV.

The modern-day production facility offers a 725 square foot HD studio and a 330 square foot green screen studio. For over 30 years, the highly trained team of professionals at DCTV strive to curate quality programming that meets the education, outreach and public relations goals of every client. In addition, the meeting space can accommodate up to 60 people and has been used to host civic, business, and community meetings as well as casting calls and intimate screenings.

The DCTV studios are equipped with a full lighting grid, audio console, teleprompter, display monitors, and a dual-channel Marshall V-R72P-2HDSDI character generator system. Studio A is outfitted with three Panasonic PeHD AG-HPX300P cameras and a (SIZE) video wall. Studio B offers two robotic Panasonic AW-HE100 cameras and a 21ft x 16ft green screen. A variety of craft services and catering options are available upon request from restaurants and caterers in proximity to the facility.

Says Rickard, “With a broadcast reach of over 600,000 District residents, whether you want a shell rental or a fully staffed production in the field or in the studio, our talented staff and members strive to make your production goals a reality.”

For more information about DCTV and to arrange a potential production there, please visit their website: http://www.dctv.org/hire-us