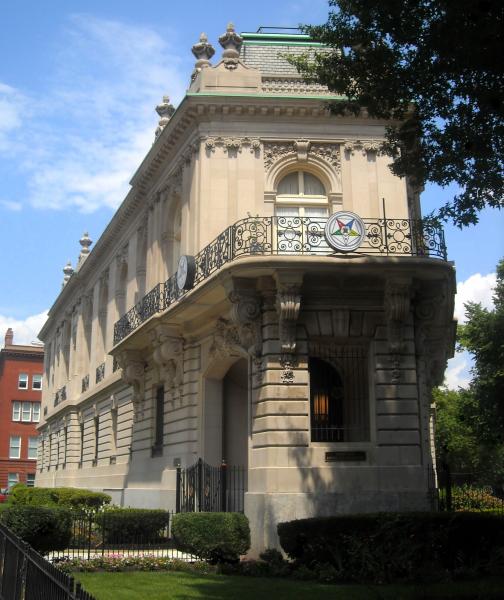 The Office of Cable Television, Film, Music and Entertainment (OCTFME) recognizes the Perry Belmont House as the February 2020 Location of the Month.

Located at 1618 New Hampshire Avenue NW in Washington, DC, this mansion is a film ready property and makes an exciting and exotic DC location for film, television and event productions as well as engagements and corporate events.  The rooms range in size and various set ups are available including theatre, boardroom, U-shaped, hollow square, and classroom.

Without Remorse stars Jordan as John Kelly, a Navy SEAL, who goes on a path to avenge his wife's murder only to find himself inside of a larger conspiracy. (Shared here with permission from Paramount Pictures) Teaser trailer: https://www.youtube.com/watch?v=UOsC9LsMM3I

The Perry Belmont House is possibly the finest, intact example of a Beaux Arts style mansion in Washington.  Beaux Arts translates as “beautiful art”, a style-prevalent from 1880-1920 – and is generally related to theatrical or monumental design employing classical details and proportions. Completed in 1909, The Perry Belmont Mansion was built for the specific purpose of entertaining not only notables of Washington, but also dignitaries from all over the world.

“We are honored to be the featured location of the month for February by the DC Office of Cable Television, Film, Music, and Entertainment,” stated Lawrence von Weigel, International Headquarters Administrator.  “The historic Perry Belmont House is the finest example of Beaux-Arts architecture in Washington, DC and we are thrilled to be recognized by such a great organization and to offer the mansion as a potential filming location.”

Each room on the entertaining floor showcases exemplary design from varied architectural styles ranging from; Classic Louis XIV, Italian Renaissance, Austrian Baroque, and English Classism.  The rooms are handsomely appointed with period furniture including a gold gilded Steinway grand piano. There simply is no grander film ready space in Washington, DC to capture or shoot any type of production and to entertain on the highest level. The history, architecture and priceless décor are unparalleled.

If architecture is frozen music, surely The Perry Belmont House is one of the greatest symphonies ever composed. It has anchored a prominent location in Washington, DC for over a century a testament to the quality of its construction and to the dedicated stewardship of its residents.

To learn more about the Perry Belmont House and for more information please visit http://www.ihbelmontevents.com/ or OCTFME’s locations referral resource THE PERRY BELMONT HOUSE.  For information about past locations of the month, visit DC Reel-Scout Directory.