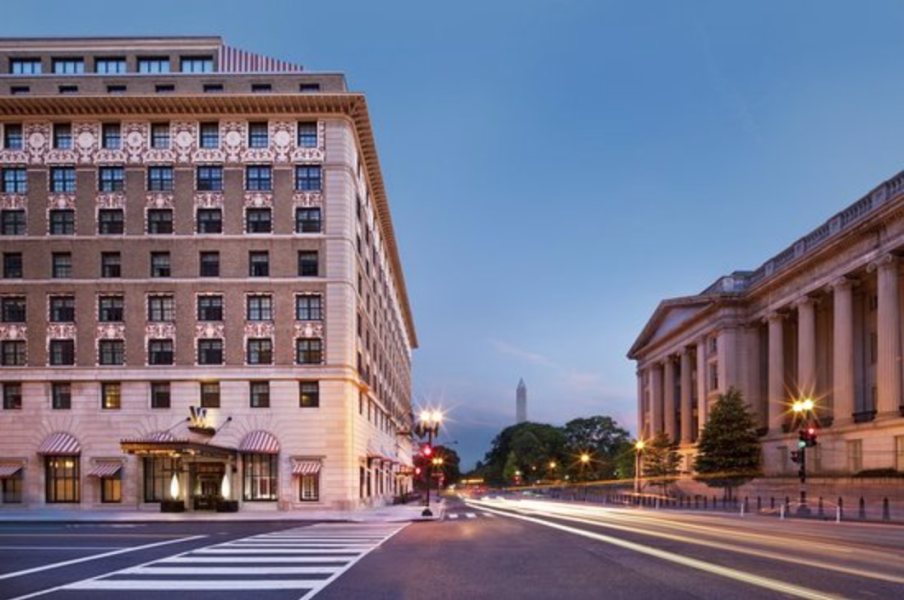 The Office of Cable Television, Film, Music and Entertainment (OCTFME) recognizes The W WASHINGTON DC HOTEL as August 2018 Location of the Month.

As one of the locations for the Wonder Woman sequel, shot in DC just last month, W Washington DC was originally built in 1917 and is no stranger to productions.   Having had multiple films, television, documentary, videos, and commercials shot there, including The Godfather 2, Contact, No Way Out and Eugene, to name a few, The W Washington DC makes a great location for all types of shoots.

The Hotel is undergoing a $50 million renovation.  The renovations which will upgrade, rooms, lobby, restaurants, and ballrooms and rooftop lounge making its 12,000 sq. ft. of event space, state-of-the-art meeting rooms and conference spaces, Rooftop ballroom with an adjoining outdoor terrace overlooking the White House even more attractive to productions.

The Capitol’s closest hotel to the White House, you can feel the proximity to power as you overlook the White House from POV rooftop bar.  The 317 elevated guest rooms and suites blend historical detail with high fashion.   With its unparalleled location, W Washington DC stands proudly on the National Mall with stunning views of the Washington Monument and just steps from the rest.