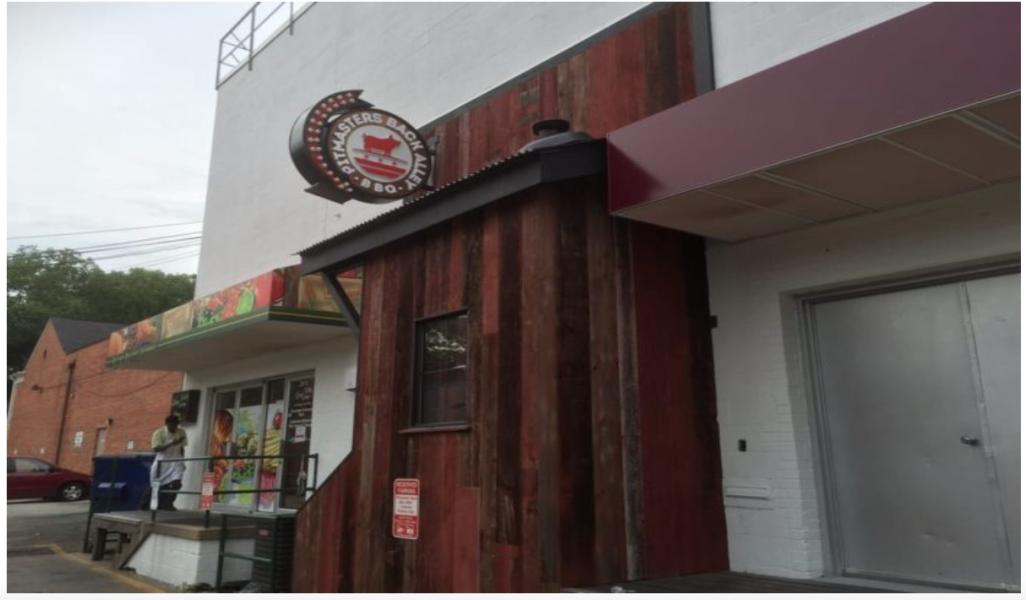 Co-owner of Pitmasters, Bill Fuchs is excited to inspire filmmakers looking for a place to film and points out his very own motivation and inspiration for the design, look and feel of Pitmasters. “The fictional restaurant from NETFLIX "House of Cards”, “Freddy's BBQ Joint was the inspiration for our own layout. In fact, as a homage to the show we have one table with special reserved seating, just like Freddy’s BBQ Joint in the show. Filmmakers should also know that in addition to the unique interiors, we have a lot of available parking that can accommodate large productions.”

“I remember I was scouting locations for VEEP! Season 5 and we were looking for a house that could serve as a location for one of the show’s characters. The challenge was staging one of the camera trucks during set-up of the scene. As the day wore on, we became hungry and literally stumbled down the alleyway finding [Pitmasters]” laughed Noonan. “We originally started going for crew meals, but ended up falling in love with Pitmasters and used the site in one of our scenes -- returning for exterior B-Roll.”

During Noonan’s time with the Emmy-winning HBO comedy and filming at Pitmasters, he recalls the Pitmasters staff was “extremely helpful and accommodating when production approached them. We came in with a request and they were quick with a response, extremely film-friendly,” added Noonan. “The show’s star, Julia Louis-Dreyfus, even pointed out she grew up nearby!”

Pitmasters Back Alley BBQ - April 2018 Location of the Month