Friday, September 23, 2022
This spacious waterfront Mediterranean villa—with a myriad of different rooms for different moods, or points in the day—provides exclusive access to incredible views and décor. 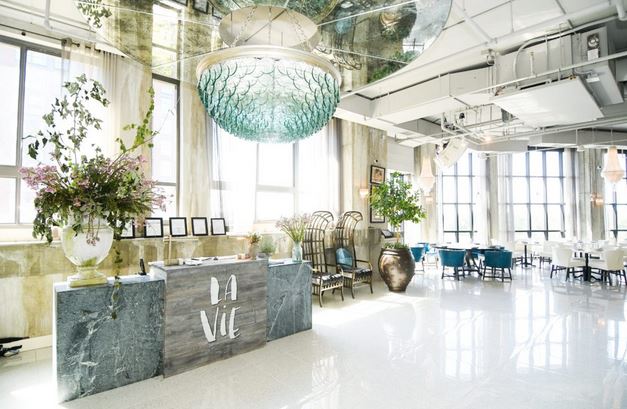 Washington, DC – The Office of Cable Television, Film, Music, and Entertainment (OCTFME) recognizes La Vie, as the September 2022 Location of the Month.

La Vie is an architecturally distinctive Mediterranean-coastal themed restaurant and bar located in Washington, DC's Southwest Wharf District that asserts exceptional interior design and breathtaking views of the Potomac and Anacostia rivers as well as the Washington, DC’s iconic skyline.

“We are honored to be the featured as the Office of Cable Television, Film, Music, and Entertainment Location of the Month,” said Cindy Peet, Director of Events.

La Vie holds up to 720 people standing and up to 300 seated. Inside can seat up to 100 with rented furniture, 200 standing room with included lounge furniture.  In addition to the varied looks and feels provided in the interior, La Vie includes a spacious waterfront terrace and a rooftop creating any number of visual options to anyone seeking a location for a dining, bar, lounge or rooftop scene.

La Vie is a great location option for private events, parties, wedding receptions and corporate outings that can accommodate parties, cast and crew virtually any size.

This visually dynamic venue with a multitude of different looks and backdrops all in one place provides a great filming and still photography location opportunity for production companies, design firms, and digital agencies.