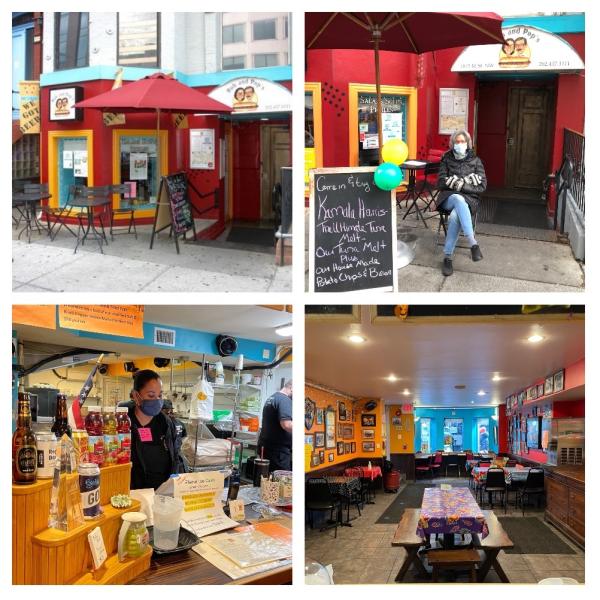 Washington, DC – The Office of Cable Television, Film, Music, and Entertainment (OCTFME) recognizes BUB AND POP’S as the March 2022 Location of the Month.

Bub and Pop’s is a family-owned and operated restaurant in downtown Washington, D.C., located at 1815 M Street N.W. Modeled after the original Bub and Pop’s, a West Philadelphia grocery/deli opened by Mae and Irv (Bub and Pop) Wagner after WWII, the Dupont Circle neighborhood deli has become a celebrated take-out and fast-casual restaurant since it opened in 2013. Full of charm, character, and great food, the deli is known for their signature sandwiches, Italian hoagies, soups, salads, and house-made pickles.

Bub and Pop’s offers a distinctive media production location option for narrative and non-fiction producers looking to capture a unique slice of the District’s diverse culinary landscape. A true hidden gem, the restaurant has been featured on the Food Network program “Diners, Drive-ins, and Dives,” first in 2016 and again in 2020. The deli has also been featured on other national food programs as well as on local television. These media appearances have helped create a local, national, and international following for Bub and Pop’s, making it a go-to destination for local foodies and foodies visiting from outside of Washington, D.C.!

The deli is co-owned and operated by Arlene Wagner and her son, chef Jon Taub, daughter, and grandson of Bub and Pop, the founders of the original location in Philadelphia.

“We are thrilled to have been selected as the D.C. Office of Cable Television, Film, Music and Entertainment “location of the month. It’s wonderful to get this kind of recognition,” said Arlene Wanger, Bub and Pop’s owner.

For more information about Bub and Pop’s, menus, and catering, and how to reserve it as a location for a media production project, please visit https://bubandpops.com/. For information about past locations of the month, visit DC Reel-Scout Directory.