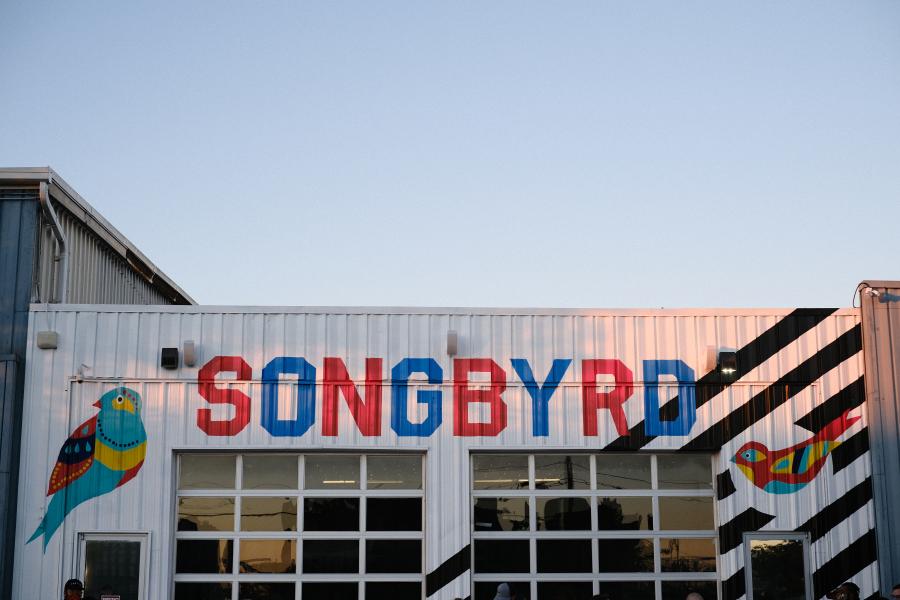 Washington, DC – The Office of Cable Television, Film, Music, and Entertainment (OCTFME) recognizes SONGBYRD MUSIC HOUSE (aka SONGBYRD) as the JUNE 2022 Location of the Month.

Songbyrd is DC’s home for music lovers. Its 200-capacity live music venue, bar, and restaurant are nestled at the northern edge of the iconic Union Market District. In addition to Songbyrd’s primary function as a showcase for national and local musical acts, the space also provides a unique location opportunity for media productions.

Songbyrd opened its doors in Adams Morgan in 2015. Co-owners Joe Lapan and Alisha Edmonson long dreamt of a sacred but approachable music space that was welcoming and comfortable for music fans of all stripes. Alisha is the great-niece of Arizona Music Hall of Fame inductee Travis Edmonson, one-half of famed mid-century folk-comedy duo Bud & Travis, while Lapan was simply that kid who camped outside of record stores so he could be the first to grab the new album from his favorite bands.

In 2021, Songbyrd moved from Adams Morgan to the Union Market District in Northeast DC. In the wake of the COVID-19 pandemic and in response to and anticipation of ongoing trends in the independent music industry, the Songbyrd team sought to transition to a more spacious venue that was also located near Byrdland Records. Songbyrd is extremely excited about its new location and looking forward to writing the next chapters of the Songbyrd story.

“We are honored to be featured as the Office of Cable Television, Film, Music, and Entertainment’s Location of the Month. Songbyrd has been a film location in the past and is excited to provide a location for future media productions and creative outlets,” said Songbyrd co-owner Joe Lapan.

In addition to all the amazing live music, Songbyrd focuses on bringing intimate alternative music events and experiences to Washington DC, such as album release events, listening parties, artists signings and meet & greets, music trivia nights, and more. Songbyrd has proven itself an incubator and launchpad for an eclectic mix of up-and-coming local and national bands looking to gain a foothold in the Washington, DC region.

Songbyrd was named Washington DC's Best New Venue in 2016 and Best Place for Dinner and Live Music by the Washington City Paper in 2017, 2018, and 2019 and is rapidly growing market share and building interest from music-forward Washingtonians and beyond.

Songbird offers a distinctive media production location option for narrative and non-fiction film producers looking to capture a unique slice of the District’s diverse landscape and panoramic views. Located in the heart of the vibrant Union Market District, it offers a unique space for events and any type of production or affair.

To learn more about Songbryd and to inquire about its availability for events, tours, and as an exceptional filming location, go to: www.songbyrddc.com. For information about past locations of the month, visit: https://entertainment.dc.gov/page/location-months.