Monday, September 23, 2019
This American University alum is an innovative producer and filmmaker who regularly interfaces with celebrities, pop culture and politics. He serves as an advisory board member of the DC-based Artists and Athletes Alliance. 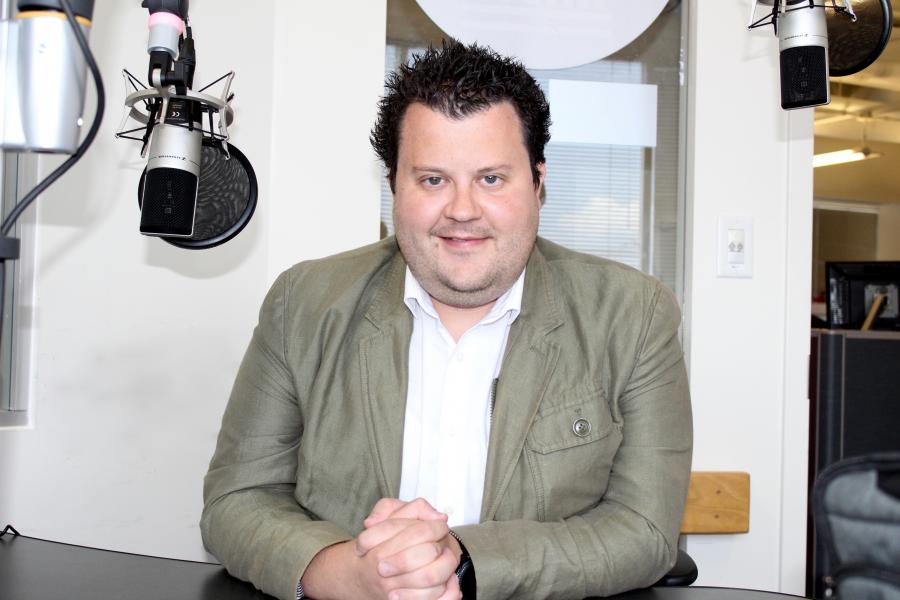 The District of Columbia Office of Cable Television, Film, Music, and Entertainment (OCTFME) is pleased to recognize Brendan Kownacki as the September 2019 Filmmaker of the Month.

Brendan Kownacki is an experienced and innovative producer who is working daily to push the boundaries of content utilization in public communication. Brendan leverages his background producing network news, and connections in the entertainment industry to combine informational and public affairs messaging with high-profile spokespeople, and a visually significant approach, to make sure viewers won't look away.

Brendan shares his expertise broadly, both to serve clients and to educate groups on the power of communication. His clients include media outlets, global brands, municipal governments, food policy initiatives, key players in the music industry, and numerous veterans groups; including work on Prince Harry's Invictus Games where he worked as part of the team to spearhead the celebrity ambassador program and produce content throughout the weeklong event. Brendan has contributed to several documentaries, produced TV segments, corporate videos, and was among the production team responsible for the long running PBS political roundtable show Think Tank. In 2009, Brendan worked with national television networks including ABC News, MSNBC, FOX Business Network, and MTV to simultaneously deliver coverage of the 2009 Inaugural events to national and international audiences.

“It's great to be acknowledged as the Filmmaker of the Month. I moved here 16 years ago and I went to school at American University. And since then, I've been working in different layers of the creative field here,” said Brendan. “My business (Kownacki Media Holdings) turned 10 years old in March. So we're very proud of everything we've been able to add to the film and music and creative outlets here in Washington, DC.”

In 2019, Brendan was appointed Chief Creative Officer for Brigadoon, a global network where entrepreneurs and thought leaders gather to make better connections and to discuss emerging issues shaping commerce and culture. He also serves as an advisory board member of the DC-based Artists and Athletes Alliance. “Film, television and music has meant so much to me in the 16 years I’ve lived in DC. A passion of mine has been helping Hollywood organizations and individuals to navigate DC, and then when I am in California, to help try and bring context about policy and politics to entertainment folks,” said Brendan. “Working with Hollywood on the Potomac and the Artists & Athletes Alliance, as well  as numerous clients, I am regularly interfacing with the Hollywood presence in DC; whether it is musicians performing, actors who are advocating on the Hill, or studios bringing their new films to premiere here. Some of the top issues we work with, and have brought Hollywood supporters on board for include, Veterans issues and military family support, Food policy and global sustainability, mental health and wellness programs, criminal justice reform, and ocean conservancy.”

Since 2011, Brendan has served as the Senior Contributor for Hollywood on the Potomac, a Washington DC lifestyle website that looks at the intersection of power, politics, advocacy, and celebrity culture in the Nation’s Capital and all over the world. Brendan has contributed written and video pieces to the site on topics including the Kennedy Center Honors, the Olympics, George Clooney's efforts to stop Genocide in the Sudan, and President Barack Obama's arts programs.

“At Kownacki Media Holdings, we look at helping to get other creative individuals in the city to meet their full potential and give them opportunities that maybe bigger companies might not be able to offer. But we also work on a lot of issues,” stated Brendan. He continued, “And so that's everything from criminal justice reform, food policy, working with veterans here in Washington and making sure we're bringing a spotlight to the issues that are important to them. And the best way that I see to do that is to put them on film and let them tell their stories.”

Brendan is an annual guest lecturer in the School of Communication at American University, his Alma Mater.

Want to learn more about Brendan Kownacki and his work? Click HERE to listen to his DC Radio interview.