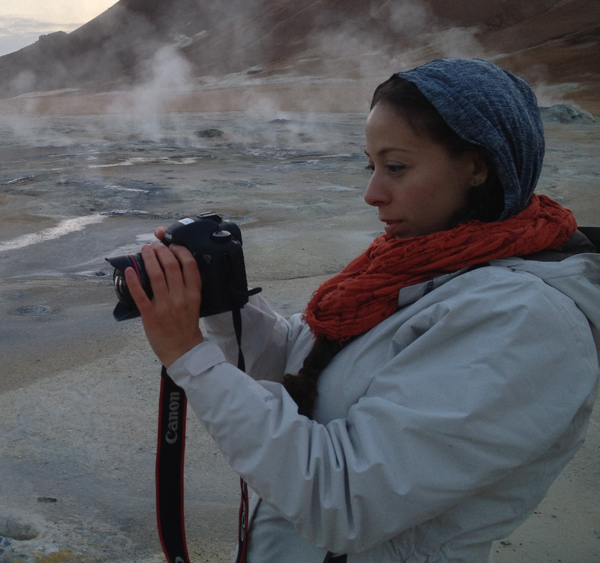 The District of Columbia Office of Cable Television, Film, Music and Entertainment (OCTFME) is pleased to recognize local filmmaker Nasreen Alkhateeb as the October 2017 Filmmaker of the Month.

Nasreen Alkhateeb is a District-based award winning transmedia storyteller with over a decade of original content that has screened on international and national audiences. As director/producer, Nasreen shines a light on untold stories about the challenges facing the marginalized and the underserved, creating evocative and thought-provoking tools for advocacy and understanding.

Alkhateeb started working on original content for film, television, and digital-base content in 2006 in New York City. After initial stints at regional film festivals, Alkhateeb transitioned into television programming for international audiences. In 2012, she fine-tuned her skills behind the camera, creating short form content for digital audiences. Alkhateeb has curated original content for NASA, TED, the United Nations, Witness, AMC, Coachella, Discovery, and IFC Films. She also developed programming for AFI Docs, SXSW, and the Sundance Film Festival. Alkhateeb was named the 2016 Cinematographer of the Year by NASA for her work on Operation IceBridge in Greenland.

“I create intentional content for target audiences,” says Alkhateeb. “It’s a privilege, as a storyteller, having access to Washington, DC. Most people recognize the District as a production location for its obvious iconic architecture and memorials, but DC is a multi-layered landscape of scenic and urban sprawl, home to multi-ethnic and multicultural populations, who each have their own voice and story to tell.”

Alkhateeb currently serves as Executive Producer of East of the River, a short film co-written and directed by DMV native Hannah Peterson. The film follows a day in the life of a group of Washington, DC teenagers as they struggle with the educational, economic, and social challenges that face all too many young people in the District.

“I think the most interesting part about East of the River is that it features untold stories in our nation’s capital,” said Alkhateeb. “We heard from many supporters that this story resonated with them. We believe our audience will connect with East of the River because this story cross-pollinates over multiple current issues facing our country today: race, class, and education.”

After production wraps on East of the River, Alkhateeb is directing a web series for a local organization focused on ending gender violence. And after that project, Alkhateeb will film an op-doc in the Middle East focused on the history of organic farming.

If you are interested in learning more about Nasreen Alkhateeb and her work, go to her professional website at: http://AllMediaStorytelling.com, and you can check out a clip of her award-winning cinematography work at https://allmediastorytelling.com/work

For more information, contact the Office of Cable Television, Film, Music and Entertainment at (202) 727-6608, visit us on the web at http://entertainment.dc.gov, join the DC Film community on http://www.facebook.com/EntertainDC, or follow us on http://twitter.com/Entertain_DC and Instagram.