Friday, November 15, 2019
This DC resident is the director and producer of the Peabody Award-winning documentary, Indivisible. 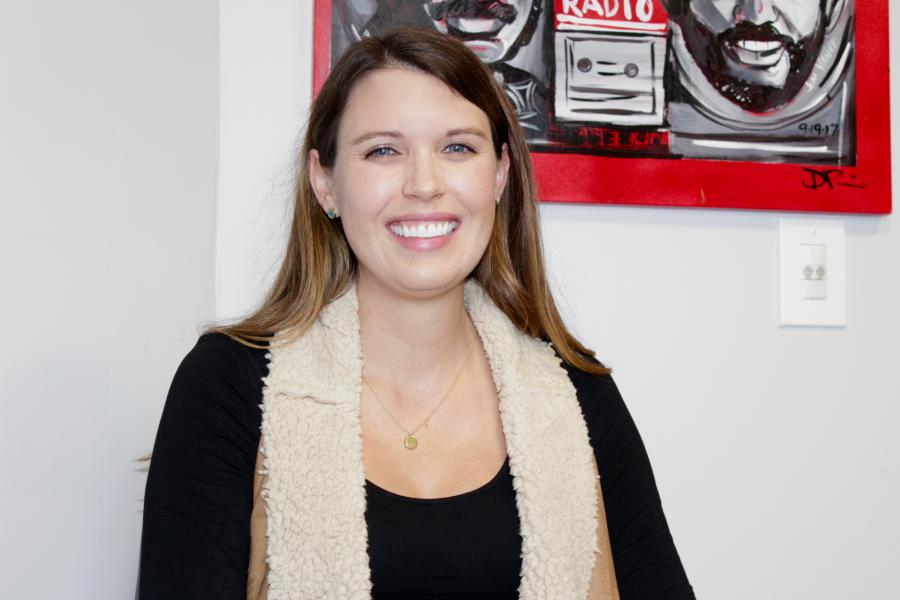 The District of Columbia Office of Cable Television, Film, Music, and Entertainment (OCTFME) is pleased to recognize Hilary Linder as the November 2019 Filmmaker of the Month.

Hilary Linder is the director and producer of the Peabody Award-winning documentary Indivisible, which follows three undocumented young adults as they fight to become citizens in the country they call home and reunite with their deported family members. Indivisible screened at 25 film festivals as well as at colleges, faith-based organizations, and community groups across the country. It is currently airing on Fuse Media, Discovery en Español, Link TV, networks in Spain and Portugal and available on multiple streaming platforms. “Winning the Peabody Award for that film just makes me think about the undocumented immigrants we highlighted; how brave they are, how selfless they are, how they are sacrificing for their community - super courageous,” stated Hilary.

Hilary is in post-production on Superminority, a documentary series she directed and produced about first-time, female candidates for the North Carolina House of Representatives. She’s also directing, producing, and filming Muji Blades, a feature-length documentary currently in production about one of the fastest bilateral amputee sprinters in the U.S. and his challenges off and on the field.

Hilary combines her knowledge in the fields of international development and humanitarian relief with her passion for non-fiction storytelling as the founder and president of Kudzu Films. Kudzu Films is a production company dedicated to spreading social justice through film and storytelling. With Kudzu Films, Hilary is able to produce documentaries that shed light on the human stories at the heart of complex and pressing social issues. Documentaries produced by Kudzu Films aim to embody the characteristics of kudzu (a fast growing plant found throughout the southern part of the United States): long-lasting, beautiful, and covering all ground.

“This is such an honor, to be named the November Filmmaker of the Month by the DC Office of Cable Television, Film, Music and Entertainment. I've been in DC for about 12 years now. I grew up in North Carolina. So DC has definitely become a home to me,” said Hilary. She continued, “People don't often think of DC as having this great film community, but we really do. And so this recognition just makes me feel like now, I'm part of it too.”

Hilary lives in Washington, DC with her husband Kestrel, the CEO of GiveCampus, and their puppy Ruby. She holds a Bachelor of Arts in Political Science from the University of North Carolina at Chapel Hill and a Master of Science in Foreign Service from Georgetown University.

Want to learn more about Hilary Linder and her work? Click HERE to listen to her DC Radio interview.