Monday, November 27, 2017
District filmmaker recognized for his contributions to the local filmmaking community 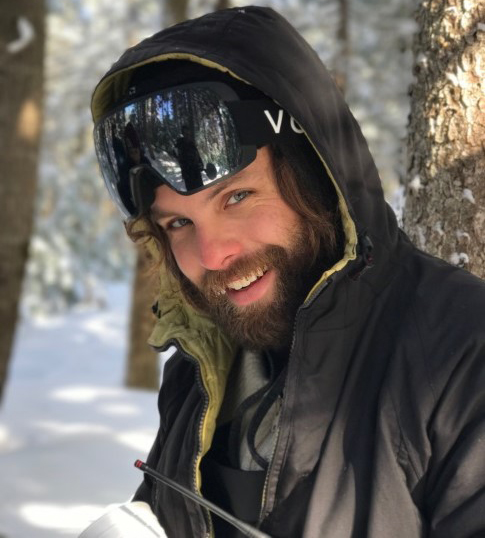 The District of Columbia Office of Cable Television, Film, Music and Entertainment (OCTFME) is pleased to recognize Kyle David Crosby as the OCTFME November 2017 Filmmaker of the Month.

Crosby, a District-based filmmaker and Ward 5 resident, began his career in still photography, narrative film, documentary, and commercial production in 2006. While Crosby’s diverse portfolio of projects took him all over the country, he decided to make Washington, DC his home.

“DC is a beautiful, untapped resource,” added Crosby. “I tend to be drawn to the neighborhoods outside of downtown, which aren’t typically used for production. My eye goes to the places in the District that are not as recognizably iconic, at least not yet.”

In 2012, Crosby and his brother, fellow filmmaker Matthew Crosby, co-founded Pictureshow Productions, a full-service production company with a focus on feature films and commercial work. In 2014, Crosby met and established a business relationship with award-winning novelist and television writer/producer George Pelecanos. In 2015, Crosby and Pelecanos co-produced The Confidential Informant (CI), a short film written by Pelecanos and directed by DMV resident Stephen Kinigopoulos.

CI, which was filmed entirely in the District of Columbia, went on to enjoy an award-winning film festival run in 2015. Crosby later suggested that he and Pelecanos consider co-producing a crime anthology feature film that would include CI as well as three other adapted short stories written by Pelecanos. Pelecanos agreed and the project became the independent film project, DC Noir.

DC Noir, co-directed by Pelecanos, Kinigopoulos, George’s son Nick Pelecanos, and DMV native Gbenga Akinnagbe (star of The Wire and The Deuce), completed principle photography this month. The project filmed 100% in the District and in all four quadrants of the city.

Now that DC Noir’s principle photography is completed, in addition to focusing his efforts on the film’s post-production and distribution strategy, Crosby is turning his attention to developing film and television projects he wants to produce in the future with the District of Columbia as a back-drop.

“I want fellow filmmakers to continue coming to DC and using our richly diverse neighborhoods; it is our time,” added Crosby.

If you are interested in learning more about Kyle David Crosby and his work, go to his professional website at: http://www.pctrshw.com or DC Noir’s website at: DC Noir movie.

For more information, contact the Office of Cable Television, Film, Music and Entertainment at (202) 727-6608, visit us on the web at http://entertainment.dc.gov, join the DC Film community on http://www.facebook.com/EntertainDC, or follow us on Twitter and Instagram.