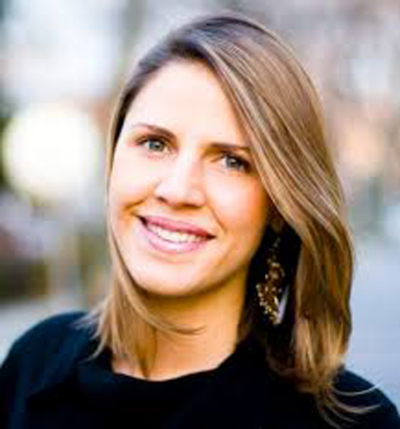 The District of Columbia Office of Cable Television, Film, Music and Entertainment (OCTFME) is pleased to recognize local filmmaker Laura Waters Hinson as the November 2016 Filmmaker of the Month.

Hinson is a director and producer with almost a decade of experience creating award-winning and critically acclaimed documentary films. Hinson is the Founder of Image Bearer Pictures, an award-winning documentary production company that produces purposeful documentaries as well as private work for corporate and non-profit clients. Hinson is also the recipient of the prestigious John Templeton Foundation grant which enabled her to establish the As We Forgive Rwanda Initiative, a Rwandan educational program aimed at harnessing the power of film to promote healing after genocide.

Hinson’s most recent work, “Mama Rwanda,” is a documentary focusing on the lives of two Rwandan women, Drocella and Christine, who, through entrepreneurship, begin to contribute to the rebuilding of the Rwandan economy after the 1994 genocide. The film illuminates the importance of education as a vehicle for the empowerment of women worldwide. It also highlights the importance of challenging existing stereotypes of African women and how these amazing Rwandan women transcend those faulty assumptions. The documentary premiered at the 2016 Blissfest333 where it won the festival award for “Best Documentary Short” and was a finalist for best short documentary at the 2016 Heartland Film Festival.

Hinson’s first documentary, “As We Forgive” received the gold medal at the 2008 Student Academy Awards for Best Documentary, the Audience Award at the National Geographic All Roads Film Festival, and the Cinema for Peace Award in Berlin. The film made its broadcast premiere on PBS stations in the United States and was presented at universities, government, civic and religious institutions nationwide, as well as at the US Congress and the United Nations.

In 2013, Hinson co-directed the feature documentary “Dog Days” with DC-based filmmaker Kasey Kirby about the struggle to achieve the American Dream framed within the world of street vending in the District of Columbia. Dog Days received the “Best Documentary Award” at the IndieCapitol Awards and premiered on the PBS WORLD Channel in early 2016.

Hinson’s 2015 film, “Many Beautiful Things: The Life and Vision of Lilias Trotter,” chronicles the life of Lilias Trotter, famed artist and Protestant missionary. The film premiered in England at the Manchester International Film Festival, in the US at the Heartland Film Festival and in DC at the National Gallery of Art.

Hinson received her MFA in filmmaking from American University and a BA in Political Science and Communication from Furman University. Her media experience extends to working as a Creative Arts Director, a development coordinator for the Discovery Health Channel, and as a research assistant for MSNBC host Chris Matthews.