Monday, May 20, 2019
This DC native and independent filmmaker also enjoys working with the youth as an art educator. 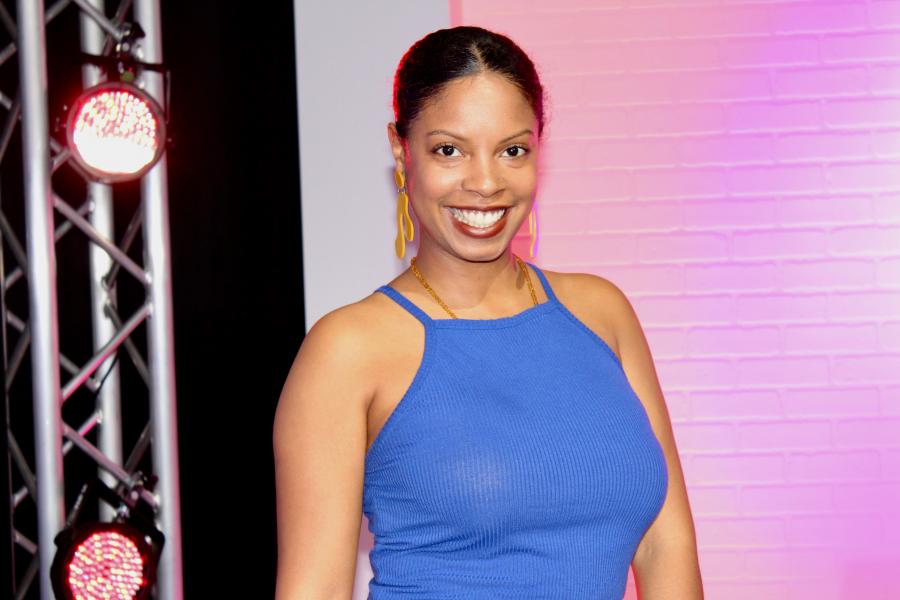 The District of Columbia Office of Cable Television, Film, Music, and Entertainment (OCTFME) is pleased to recognize Falani Afrika as the May 2019 Filmmaker of the Month.

Falani Afrika, an executive producer, director and cinematographer, was raised in Washington, DC, and earned a Bachelor of Arts in Political Science from Howard University. After a trip to Ghana, her interest was sparked in film and telling the stories and experiences of Africa and her descendants scattered abroad. Falani has traveled to Brazil, Ghana, Jamaica, South Africa, Trinidad, and Tobago where she worked on independent film projects. A former social studies teacher, she enjoys working with the youth as an arts educator with Manifesto DC and The Guerilla Arts Video Production Program which offers apprenticeship in video production and documentary design for youth.

“With everything happening in DC, as a local artist (born and raised here) we do a lot of work, but sometimes it doesn’t feel like we get recognized by our own,” said Falani. She continued, “So it really is an honor to be recognized by my city, by the Office of Cable Television, Film, Music and Entertainment, as the Filmmaker of the Month. Thank you!”

Falani’s current project is Maestrina da Favela. Maestrina da Favela (Master of the slum) is a coming-of-age documentary following the life of Afro-Brazilian, female percussionist Elem Silva between the ages of 13-22. With the help of her mom, at eight years old, Elem created a band named "Meninos da Rocinha do Pelo (Children of the Rocinha in the Pelo)" in her favela (slum) to liberate youth from a life of drugs, violence and poverty. Filmed in Brazil's capital of African culture, Salvador, Bahia, the documentary explores the rich culture of Afro-Brazilians living in the Pelourinho historic center, once a slave market. Maestrina da Favela is the first-feature length film project that Falani has produced.

Falani is working on an upcoming project, which is a narrative film and an authentic DC story that will make you reminisce about the “old DC” culture. In this feature film, creatives that were born and raised in the District share their stories and real experiences – but there’s a twist…it’s a fictional film. Falani is a DC native and currently lives in Ward 5.

To learn more about Falani Afrika and her work, please visit the links below.

Want to learn more about Falani Afrika and her work? Click HERE to listen to her DC Radio interview.

For more information, contact the Office of Cable Television, Film, Music, and Entertainment at (202) 727-6608, visit us on the web at https://entertainment.dc.gov, join the DC Film community on https://www.facebook.com/EntertainDC, or follow us on https://twitter.com/Entertain_DC.