Thursday, March 22, 2018
Local television and theatre producer acknowledged for her contributions to film, television, and theatre community in the District 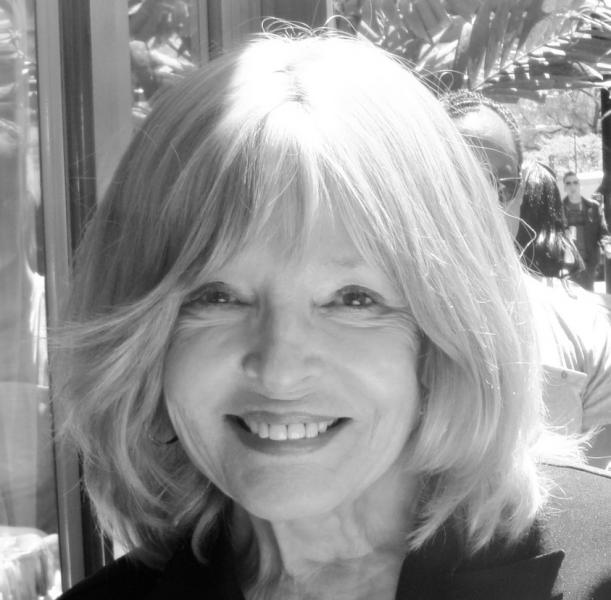 The District of Columbia Office of Cable Television, Film, Music, and Entertainment (OCTFME) is pleased to recognize local multi-platform film producer Bonnie Nelson Schwartz as the March 2018 Filmmaker of the Month.

A graduate of the Columbus School of Law at Catholic University, Schwartz’s work includes over 100 films, television programs, theatrical plays, and concerts in Washington, D.C., New York, and London over the span of her impressive career. She is a resident of Foggy Bottom in Ward 2.

“Despite my work in New York City on Broadway or around the world, D.C. is my priority -- it’s a place I’ve invested into the community and making a difference. And because I work in these areas -- film, television, theatre, and music -- D.C. is where I choose to put my energy. The District has experienced enormous growth and I am humbled to have had a small hand in it,” said Schwartz.

Schwartz served as one of the first presidents and one of the early founders of the D.C.-based media professional organization, Women in Film & Video, a group that honored her as “Woman of Vision” in 2000. Schwartz also founded the Helen Hayes Award in 1983 which is now the highest distinction in the District for the theatrical performing arts.

“After I worked in New York, I was asked if D.C. had anything like the Tony Awards. At that time, there were only 12 active theatres. Clearly, it was a time to shine a light on D.C. theatre and its potential, so I started an award named after ‘First Lady of the American Stage,’ [Helen Hayes] who made her first appearance as a child at D.C.’s very own National Theatre,” says Schwartz. “Now, the D.C. theatre community is over 90 theatres and growing; they are a strong economic and cultural force in the community.”

Schwartz’s love of the “boards” has run a thread in her earlier career: She and others led a group of D.C.-based preservationists to oversee D.C.’s Lincoln Theatre renovation. Back in the late 1960’s, U Street Corridor was referred to as the Black Broadway with nearly vacant performance venues and Schwartz was an active leader and caretaker.

“[The Lincoln] had deteriorated; When it opened, Cab Calloway was in attendance. At that time, I was so excited about him and what U Street would become -- and produced a series of plays, Backstage at the Lincoln, which focused on African American themes. In fact, one of those plays starred Julian Bond. It was a Eureka moment for the public I think -- they had never heard of The Green Book or U Street as a venue spot before,” added Schwartz.

Schwartz is currently producing Traveling While Black, a virtual reality film and transmedia exhibition that tracks and chronicles how African Americans navigated the travel and accommodations restrictions imposed on them during the era of segregation. Traveling While Black, produced with Oscar-winning director Roger Ross Williams, is filming at D.C.’s iconic Ben's Chili Bowl, as one of the locations for the project.

Schwartz is also currently working on 20/20 One Woman, One Vote Festival, a festival showcasing both history and contemporary women's issues that is slated for a 2020 roll-out; and Legacy and Life, a visual concert honoring President John F. Kennedy.

Power of 7, another of Schwartz’s projects, is a powerful documentary film written by 7 award-winning scribes dramatizing heart-wrenching examples of abuse perpetrated against women throughout the world. The film will be hosted by Oscar-winner Meryl Streep and will be filmed at The George Washington University (Ward 2).

Earlier in Schwartz’s career in the arts, she taught at both The Smithsonian and American Film Institute, produced NBC’s Closing Ceremonies at the Barcelona Olympic Games and produced The Olympic Woman Exhibition at the Atlanta Olympic Games in 1996.

“I am constantly amazed at the continual growth and strength in Washington, D.C -- from my first love, theatre, but also with film, television, and music,” concluded Schwartz.

***Do you know a filmmaker you would like to see featured as OCTFME's Filmmaker of the Month? If so, please forward your suggestion using this nomination form.

The District of Columbia Office of Cable Television, Film, Music, and Entertainment is responsible for implementing, managing, and administering programs, initiatives, and

services that support media industry economic activity, growth, and employment in the District of Columbia.

Washington, D.C.'s instantly recognizable landmarks, diverse neighborhoods, cultural amenities, and first-class accommodations are just some of the many features that make the nation's capital a venue of choice for media production.