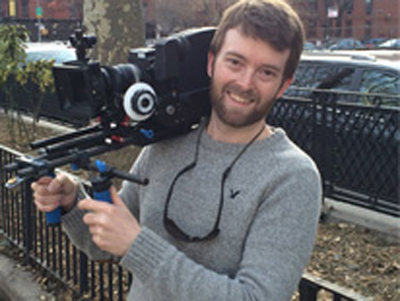 The District of Columbia Office of Cable Television, Film, Music, and Entertainment (OCTFME) is pleased to recognize local filmmaker Dustin Harrison-Atlas as the June 2017 Filmmaker of the Month.

“My film is not about chefs, it’s about who and what it takes to open and sustain a restaurant,” comments Harrison-Atlas. “My intention was to capture the rise of the DC food scene.”

“I wanted New Chefs to be a family story that captures hard work paying off in light of insurmountable hurdles. he continues by saying “It’s an American dream film.”

For more information on the film and to see a trailer, please visit the New Chefs on the Block homepage here.

Harrison-Atlas is a DC resident and graduated from George Washington University with a degree in political communications (2004), then received a Masters Degree in Fine Arts from the American University’s School of Communication (2010). After finishing his coursework, Harrison-Atlas began his professional media career at The Discovery Channel working in post-production and program development before embarking on a career as an independent filmmaker.

Harrison-Atlas also tells OCTFME that his creative inspiration comes from the District’s skyline: "My love for Washington is rejuvenated when I revisit the monuments," he says.