Monday, July 15, 2019
This DC native is a world traveler and self-described aesthetic engineer; Kwame Edwards is passionate about telling the stories of the African Diaspora. 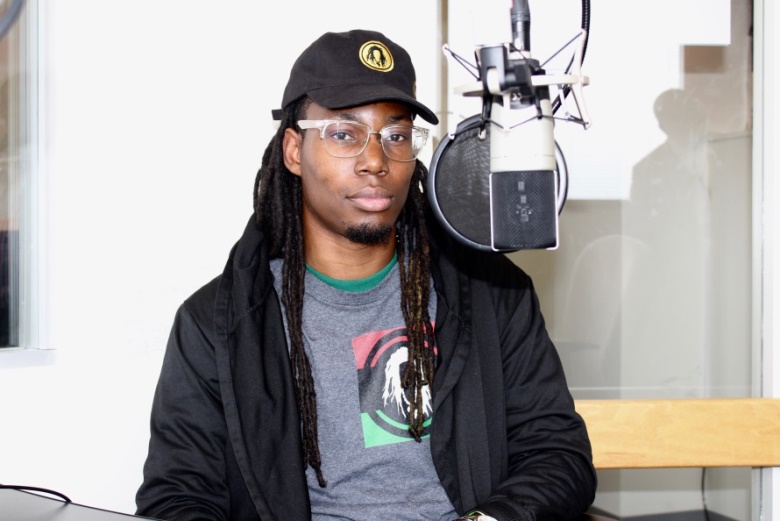 The District of Columbia Office of Cable Television, Film, Music, and Entertainment (OCTFME) is pleased to recognize Kwame Edwards as the July 2019 Filmmaker of the Month.

Kwame Edwards is a self-described aesthetic engineer - more specifically he is an ethnographic filmmaker, sociology professor, international education advocate, music enthusiast, and global Diaspora cultural connoisseur from Washington, DC. His film work specializes in the experiences of the African Diaspora, in order to showcase overlooked narratives.

In April of 2019, the initial screening of his feature length documentary “68” took place at Busboys & Poets in Anacostia. This film was selected for the monthly produced Focus In! Film series: "Cinema for a Conscious Community” which screens films focused on social justice, peace, art, music, and/or community value. “68” is an exploration of the physical barriers that manifest as symbols of oppression for Black people in Washington, DC. This ethnographic film highlights the perspectives from DC community activists, artists, educators, civil servants, business owners, and even some who refer to themselves as "gentrifiers.”

“Being honored as the Filmmaker of the Month means a lot to me. It symbolizes a combination of hard work not only for myself but for all the people who work with me,” stated Kwame. “This is for the shoulders I stand on; people who have contributed to my critical eye, my parents for all the sacrifices and fights that we’ve had and even my peers who don’t necessarily understand why I don’t get a “normal” job and instead follow my passions but they still support me. So my name gets to be on the plaque but it’s for everyone who has put in and poured into the cup that is Kwame Edwards right now.”

KMATiKC Media LLC, founded by Kwame, is a media company that specializes in telling the stories of the African Diaspora. Marcus Long is a partner, who also serves as the Technical Czar for all projects.

Want to learn more about Kwame Edwards and his work? Click HERE to listen to his DC Radio interview.