Tuesday, July 10, 2018
Leading with integrity, this young producer is passionate about creating and producing thought provoking and impactful content. 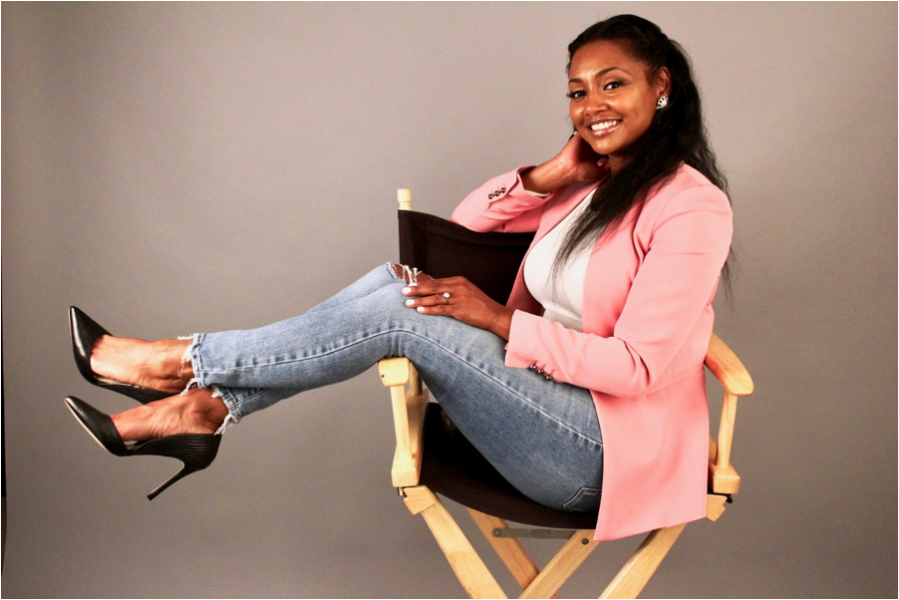 The District of Columbia Office of Cable Television, Film, Music, and Entertainment (OCTFME) is pleased to recognize Kia Freeman as the July 2018 Filmmaker of the Month.

Kia Freeman moved to Washington DC and launched Free Mind TV & Films in 2006 with husband Gregory Freeman. They built the company producing commercials, public service announcements and marketing videos for non-profit organizations such as The Boys & Girls Clubs of Greater Washington and other government agencies in Washington DC.

She initially built a network of strong contacts by spending many days and nights working alongside BET and Def/Jam Universal executives in their content departments. Kia continued to hone her skills becoming a casting assistant while working alongside music video directors Benny Boom and Gil Green.

A graduate of Delaware State University with a degree in Mass Communications, Kia followed her dream of becoming a filmmaker. Early on she joined an after-school program that offered television production training and went on to become the host for a local television show at 13. After one season, Kia became a technical director and producer for the show.

In 2012, Free Mind TV & Films began producing reality show concepts with Unique Walker, which was later contracted through Queen Latifah's company Flavor Unit. Since then, the company has been producing film and television projects. They have most recently produced three feature films with Tressa Smallwood of Megamind Media. The films include "All In" starring Lil Mama, Elise Neal, and Jim Jones, "Sinners Wanted" a faith-based film starring Lamman Rucker and Clifton Powell, which had a special screening at the Sundance Film Festival on January 20, 2018. They also produced "Secrets" starring Denyce Lawton, Denise Boutte' and Tobias Truvillion which aired on BET in 2017.

Kia is currently working on a project with Washington D.C. native, Comedian Earthquake and Jermaine Smith of International Boss, LLC.

In addition to producing films, Kia facilitates a media production program in two schools throughout Washington DC. She is a huge advocate of sharing her knowledge of filmmaking with aspiring filmmakers and youth. “I've faced many obstacles on my journey to filmmaking but each challenge has made me greater,” said Kia. She added,” I would advise aspiring filmmakers to keep pushing through the tough times, in the end, it will give you a story to tell.”

Leading with integrity, this powerhouse producer is passionate about creating and producing thought-provoking and impactful content.