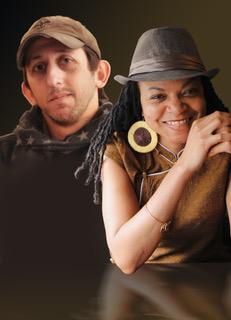 The District of Columbia Office of Cable Television, Film, Music, and Entertainment (OCTFME) is pleased to recognize local filmmakers Michael Holstein and Annika Young as the July 2017 Filmmakers of the Month.

Holstein and Young’s career paths are intertwined in film, music, and technology; all firmly rooted locally in the DMV region. Most notably, both are the creative forces behind Live at 9:30, an award-winning documentary shot at the District’s internationally-famed 9:30 Club. Holstein served as Executive Producer and Young served as Producer. Live is a 12-episode music variety show -- comedy, interview, short film, and of course, music -- hosted by some of the nation’s greatest talents.

“The real high of [ producing Live at 9:30] was being able to spotlight world-class artists and world-class citizens like Josh Ritter, Grace Potter, and Pusha T, to a national audience at a D.C. landmark,” said Holstein.

Live at 9:30 is available online at www.liveat930.com and airs on over 200 PBS stations nationwide.

As a local filmmaker, Holstein prefers the District as a production location whenever possible. “Annika and I are proud of the city and are staunch advocates … I jump at any chance to show it off -- not just its beauty and well-known landmarks, but its characters and talented artists,” Holstein continued.

Young added on local production element, “D.C. is filled with so many hidden gems like Gravelly Point and bike trails connecting Maryland to Virginia. Sunsets are stunning on the Lincoln Memorial ledge. Columbia Heights, Adams Morgan, Shaw, and Eastern Market are so full of life.”

The success of Live at 9:30 ushered in other creative projects for both Holstein and Young: Don’t Stop the Music , a documentary that underscores the importance of youth, music and education, featuring well known artists; New American Dreamers , a documentary that follows new immigrants overcoming odds for achieve their dreams; and Above the Strand , a roundtable talk-show on culture, technology, entertainment, and commerce.

Holstein graduated from the Columbus School of Law at the Catholic University and the University of Miami with a Bachelor Degree in Film, Cinema and Video Studies. His first filmmaking gig straight out of college was actually as a screenwriter for The Wire television series. His other professional experience includes his roles as an associate at Reed Smith LLP and Associate General Counsel and Director of Business Affairs at WETA.

Young graduated from Morris Brown College in Atlanta with a Bachelor of Arts Degree in Media Art. After college, Young worked at the local NBC affiliate level then ascended to CNN as a segment producer. I n 2008, she produced her first documentary, Daughters of Legacy, which featured daughters of the African-American icons.

Currently, Holstein and Young work at Content Farm, a District-based hub for production and multimedia development for entertainment projects. Content Farm oversaw the website for Live at 9:30, for which it received many awards as well.

Holstein mused, “During these political times, what better time to be in D.C. for fired-up, motivated artists, seeking to change the world?”

OCTFME launched the “Filmmaker of the Month” initiative as a vehicle for highlighting the talents and creative contributions of filmmakers that make the District of Columbia their home.

The Filmmaker of the Month initiative is part of OCTFME’s mission to elevate the national and international profile of the District’s talented filmmakers.

***Do you know a filmmaker you would like to see featured as OCTFME’s Filmmaker of the Month”? If so, please forward your suggestion to: [email protected]

The District of Columbia Office of Cable Television, Film, Music, and Entertainment is responsible for implementing, managing, and administering programs, initiatives, and services that support media industry economic activity, growth, and employment in the District of Columbia. Washington, D.C.’s instantly recognizable landmarks, diverse neighborhoods, cultural amenities, and first-class accommodations are just some of the many features that make the nation’s capital a venue of choice for media production. For more information, contact the Office of Cable Television, Film, Music, and Entertainment at (202) 727-6608, visit us on the web at http://entertainment.dc.gov, join the DC Film community on http://www.facebook.com/EntertainDC, or follow us on http://twitter.com/Entertain_DC.