Tuesday, January 14, 2020
This super producer’s most recent film, “’Twas The Chaos Before Christmas” premiered on BET Networks and became the highest-rated holiday film in the last two years on the network. 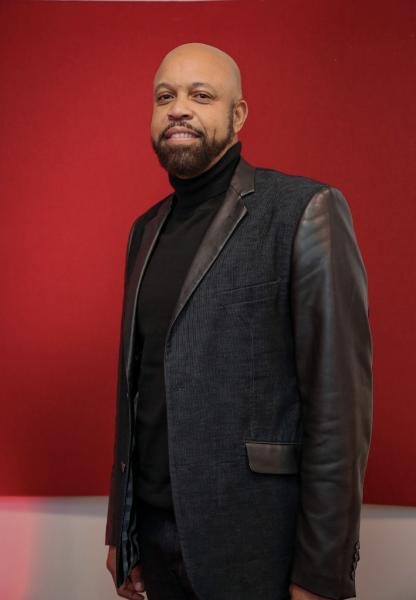 The District of Columbia Office of Cable Television, Film, Music, and Entertainment (OCTFME) is pleased to recognize Chuck West as the January 2020 Filmmaker of the Month.

“This is special…to be named the January 2020 Filmmaker of the Month by the DC Office of Cable Television, Film, Music and Entertainment. I'm just a guy from the DMV trying to make some things happen and really bring some entertainment back to the city and make us look good,” said Chuck. He continued, “Thank you to Mayor Bowser and Director Angie Gates and her team for their support. I am proud I can show what we’re doing on the producing level, then maybe we can bring more filmmakers to DC and also raise up more filmmakers from the DMV to get to the level where we're doing more films for television networks and also taking films to the theater.”

Chuck is a nationally accomplished producer in the worlds of Broadway and urban theater as well as the film industry. A former college basketball star who had the foresight to earn his degree in Finance with a concentration in Accounting from American University, West started his career as a financier and partner, producing the landmark plays of the acclaimed playwright, film writer and director, David E. Talbert. This partnership catapulted the duo into the forefront of mainstream urban theater, where the young producer quickly became the industry’s standout leader specializing in the urban market. Chuck is responsible for producing productions such as David E. Talbert’s, “He Say, She Say… But What Does God Say?” starring Kirk Franklin; Ntozake Shange’s Tony Award-winning play, and “For Colored Girls Who Consider Suicide When The Rainbow Is Enuf” starring Jackee Harry.

Chuck West has over twenty film credits and pledges a commitment to educating students in the DC area. In fact, with each production, OCTET ensures that students can shadow the company heads as well as work with different line items of the production.

“As a student, you learn a lot in class, but you can learn more when you are able to get hands on experience and get exposed to various obstacles that you have to overcome during a live performance on the other side of the camera. We’ve worked with Duke Ellington, Howard University, and Covenant House just to name a few,” said Chuck.

To learn more about Chuck, his projects and Octet productions, visit https://octetproductions.com.

Want to learn more about Chuck West and his work? Click HERE to listen to his DC Radio interview.