Thursday, January 10, 2019
The husband and wife team are producers of the award-winning film, Painted City. 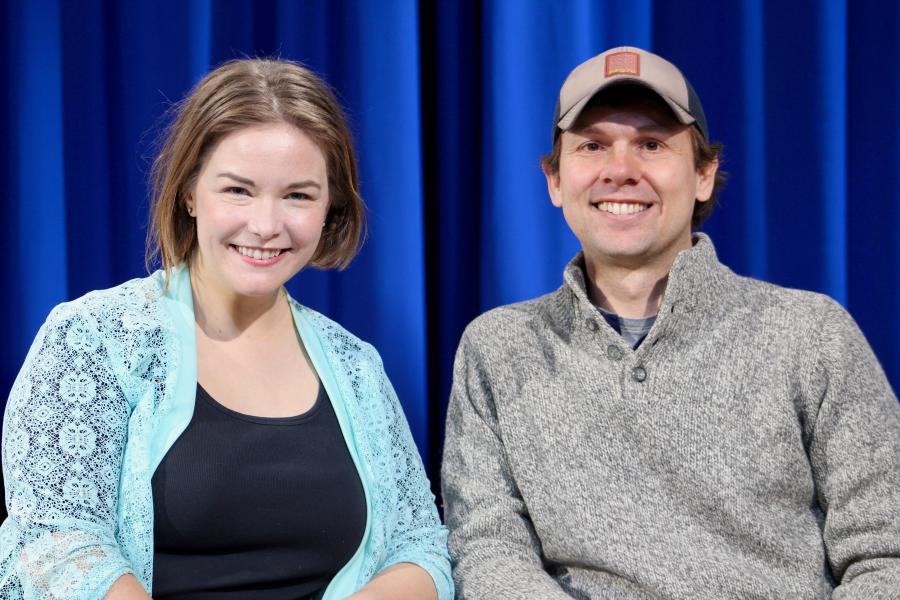 The District of Columbia Office of Cable Television, Film, Music, and Entertainment (OCTFME) is pleased to recognize Brad Forder and Caitlin Carroll as the January 2019 Filmmakers of the Month. The newlyweds recently produced the short, Painted City, which explores the history of Washington, D.C.'s community murals and the preservation issues they face in rapidly changing neighborhoods by following one local woman's efforts to study and save them.

Caitlin Carroll is a writer, editor, and documentary filmmaker in Washington, D.C., focusing on topics related to social issues, culture and community. Caitlin is a graduate of the Institute for Documentary Filmmaking at George Washington University, where she also holds a Master of Arts in Sociology and a Bachelor of Arts in Journalism. She has focused her career on telling mission-driven stories, which has led her to writing and editing positions, and producing digital content for major non-profits, including the John F. Kennedy Center for the Performing Arts, Nature Conservancy and Truth Initiative, where she currently serves as Content Manager.

She directed and edited the award-winning documentary, Painted City.  “We found that murals provide an interesting lens through which to view the city’s change - what they represent, the stories they tell and then also when they are no longer with us. It was a thought-provoking way to look at different neighborhoods and community change,” said Caitlin.

Brad Forder is a documentary filmmaker and film festival programmer living in Washington, DC. He is the director of programming for the Environmental Film Festival in the Nation’s Capital, where he curates premiere environmentally-themed films and coordinates screenings throughout the Washington, DC area.  He holds a Bachelor of Arts in Asian Studies from Furman University, a Master of Arts in International Journalism from Cardiff University, and earned a Graduate certificate from the Institute for Documentary Filmmaking at George Washington University.

Behind the camera, Brad has worked as the director of photography and cinematographer for various documentaries, including the award-winning film Painted City, which he produced with his filmmaking partner and wife, Caitlin Carroll. Brad also serves as a videographer for the John F. Kennedy Center for the Performing Arts. Brad's film experience has earned him spots on juries and screening committees for top-tier film festivals, including Mountainfilm, Jackson Hole Wildlife Film Festival, and BANFF World Media Festival. He has also served on documentary pitch panels for Double Exposure Film Festival and American Conservation Film Festival.

“We've been very lucky to open in D.C. with the Painted City film; we premiered at the DC Independent Film Festival and later at DC Shorts. It's just been such a wonderful run so to be acknowledged by the DC Office of Cable, Television, Film, Music, and Entertainment – we’re thrilled and we really appreciate it,” said Brad.

Painted City received the "Best Documentary Short" award at its premiere at the 2017 DC Independent Film Festival and the audience award for "Outstanding Local Film" at the 2018 DC Shorts Film Festival. The documentary also screened at the 9th Annual Community Stories Festival hosted by Docs in Progress and film festivals from Providence, Rhode Island, to Palm Springs, California.

“This is such a huge honor. We’ve found the DC filmmaking community to be really supportive so getting something like the Filmmakers of the Month recognition, together as joint recipients, we’re pretty excited. Thank you so much,” said Caitlin.