OCTFME Recognizes Carletta S. Hurt as the January 2018 Filmmaker of the Month 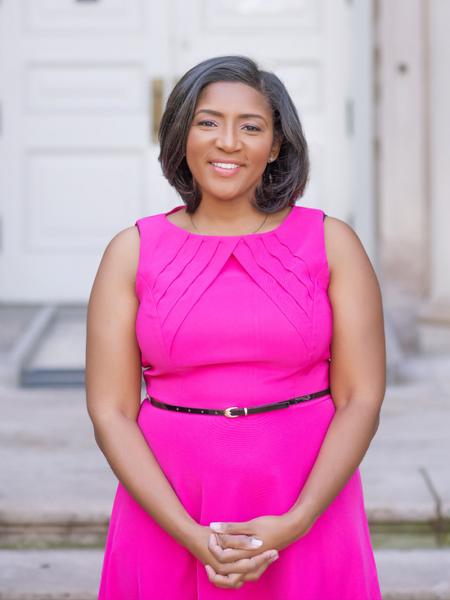 The District of Columbia Office of Cable Television, Film, Music, and Entertainment (OCTFME) is pleased to recognize local filmmaker Carletta S. Hurt as the January 2018 Filmmaker of the Month.

Carletta S. Hurt is a District-based film and television producer, education and youth empowerment advocate. In 2017, Hurt was elected President of Women in Film & Video of Washington, DC (Women in Film & Video), a District of Columbia-based media profession organization dedicated to offering networking and professional advancement support for local women (and men) working in the media production industry. Founded in 1979, Hurt serves as the 32nd WIFV President.

“One of my greatest honors is supporting creative content makers, men and women, and their innovation and fearlessness to push the envelope in telling the hottest, most powerful stories,” said Hurt. “Telling the story of DC includes sharing its images in multimedia platforms -- film, web series, podcast, a doc … WIFV supports them all. Being in DC, it allows creative content makers access to a plethora of cultural resources in a great melting pot. Creatives live, work, and thrive in the District and it’s become a breeding ground for growth and opportunity to dive into so many topics,” said Hurt.

Prior to being named WIFV’s newest President, Hurt served on the organization’s Board of Directors. In addition to her current role at WIFV, Hurt co-founded a youth development company, IN THE LOOP, as well as authoring her first novel, 20 Reasons Why I Love Girl Power (and you should too).

Hurt is also an accomplished and award-winning producer at IKAM Productions, a DC-based production company specializing in film, video, television, and theatre work. IKAM’s creative mission is to share passionate, impactful stories, and messages that give youth a voice.

Hurt is the producer of several projects that will be released in 2018 including The Catcher, a short film shot entirely in the District at the Richard Wright Public Charter School and XMTS (X Marks the Spot), a documentary in pre-production addressing young female positive self-identification.

Also in 2018, IKAM’s Theatre Division will produce two-readings of Spare, on Saturday, January 20, 2018, at Howard University, between 11:00 am and 4:00 pm as part of the International Women's Voices Day. IKAM’s Television Division is currently producing Let’s Talk, a teen summit format and Youth Entertainment TV, a youth-based news format.

In addition to Hurt’s career in media, she serves as a counselor for public school grades K-8 in the District of Columbia. Hurt also serves as President of the DC School Counselor Association (DCSCA).

“My passion for education comes from being a lifelong learner who understands the importance of freedom. It’s like the Dr. Seuss quote, ‘The more you read, the more you things you know. The more you learn, the more places you’ll go,’” said Hurt.

“A school counselor and producer are cut from the same cloth. You have to multi-task personalities, work, and projects,” added Hurt. “I have found my experience in education and youth assist me in managing the demands of film & theatre productions”

If you are interested in learning more about Carletta S. Hurt and her work, go to her professional website at www.carlettashurt.com.

***Do you know a filmmaker you would like to see featured as OCTFME’s Filmmaker of the Month? If so, please use this nomination form.

For more information, contact the Office of Cable Television, Film, Music, and Entertainment at (202) 727-6608, visit us on the web at http://entertainment.dc.gov, join the DC Film community on http://www.facebook.com/EntertainDC, and follow us on Twitter & Instagram.