Friday, February 14, 2020
Award-winning film and television producer recognized for his contributions to the local filmmaking community 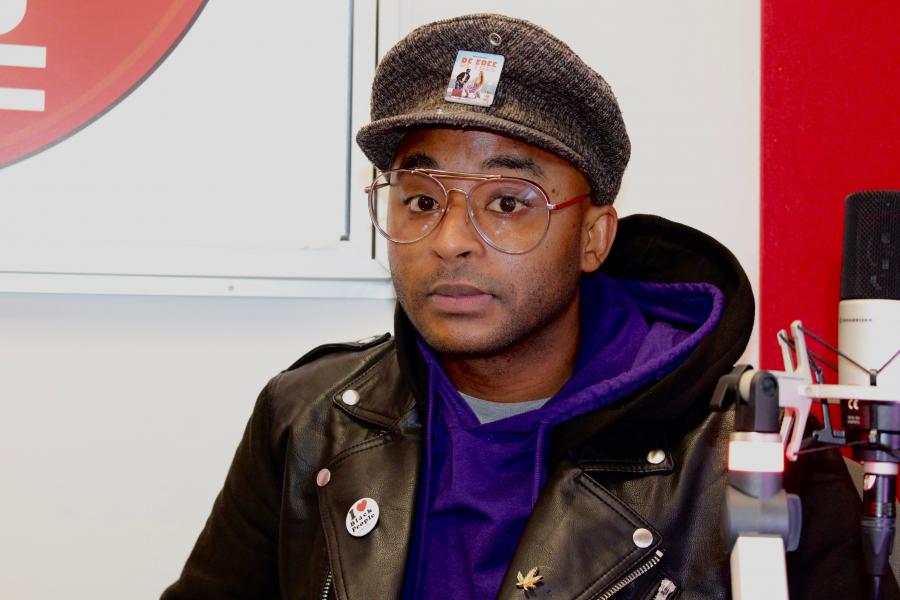 The District of Columbia Office of Cable Television, Film, Music, and Entertainment (OCTFME) is pleased to recognize Frank Barr as the February 2020 Filmmaker of the Month.

“I have a responsibility to show the politician that you can’t have an agenda without the artist’s voice…sharing the importance of the message - while also showing the artist that you don’t have art without policies. Both sides (law, art and the creative) are important to each other and must come together,” said Frank.

Frank’s debut short film, "BE FREE", received its first award from the first Annual DC Statehood Film Festival in 2019 and its second award as DCTV Voice of the Community. "BE FREE" was also acknowledged as the theme song of DC Statehood by DC community leader and We Act Radio co-founder, Kymone Freeman, during a statehood mural unveiling.

“The Frankey Barrz Show" airs on DCTV, a forum in which local voices can be seen and heard. His multifaceted talent is expressed through interviewing well-known artists and policy influencers in Chocolate City adding a unique hip-hop twist. Frank recently won the “DCTV Voice of Music & Entertainment” Award for “The Frankey Barrz Show: Art of Film” episode.

“I’m so honored to be recognized as the Filmmaker of the Month by the Office of Cable Television, Film, Music and Entertainment. Especially for the month of February (Black History Month), I’m proud to represent my culture in this way. This makes me very happy,” said Frank.

Want to learn more about Frank Barr and his work? Click HERE to listen to his DC Radio interview.