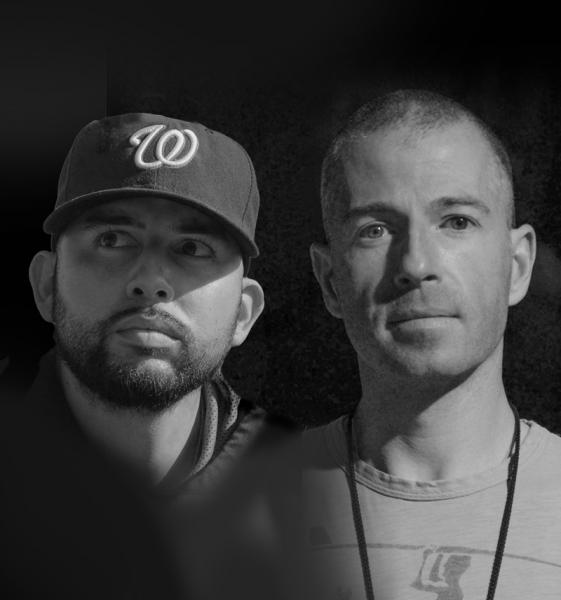 Local filmmaking team and co-founders of StonePark Productions acknowledged for contributions to the Washington, D.C. film and media community

The District of Columbia Office of Cable Television, Film, Music, and Entertainment (OCTFME) is pleased to recognize local filmmaking team David Melendez and Michael DeVita as the February 2017 Co-Filmmakers of the Month.

David A. Melendez and Michael DeVita discovered they had a shared passion for filmmaking during their teenage years. The two caught the filmmaking bug and spent endless hours creating short films in their backyards and around their neighborhood using a camcorder. Together the pair taught themselves the basics of filmmaking without any formal training.

During their journey into filmmaking, Melendez and DeVita found their biggest challenge was securing financing for their projects. It was at this time the two decided to start a real estate investment company as a vehicle for raising money to finance their dream to establish a full-fledged media production company. At the tender ages of 19 and 21, the two took a bold, entrepreneurial leap: they purchased, renovated and sold their first property.

In 2011, after building a successful real estate development company, Melendez and DeVita co-founded StonePark Productions and began actively developing projects they could produce from start to finish. The production company specializes in post-production, editing, and visual effects, making StonePark a full-service production house with complete artistic control over content creation from screenplay development to film distribution.

In early 2015, Melendez and DeVita identified one of their original screenplays as the source material for a feature film, and began pre-production on One Penny. The film was financed by StonePark, directed by DeVito, and produced by Melendez. One Penny is the story of Dylan, a young boy who is stripped of his privileged life and forced to live on the streets.

One Penny will have its World Premiere here in the District at the 2017 DC Independent Film Festival (DCIFF) this month, where the film is nominated for awards in four categories. The World Premiere screening will take place on Thursday, February 16 at 8:00pm and tickets can be purchased in advance at the DCIFF website.

In addition to their focus on promoting One Penny on the independent film festival circuit, Melendez and DeVita are actively developing four new projects: Men and Mountains, The Janitor, Deor and Aristotle 41. The dynamic duo behind StonePark Productions are proud members and supporters of the local filmmaking community, where they live and work.