Friday, August 16, 2019
This native Washingtonian is a filmmaker and founder of a creative digital agency. He’s worked with Netflix, Apple Music, Trey Songz, DC Lottery, Shy Glizzy, Atlantic Records, Radio One and a host of others. 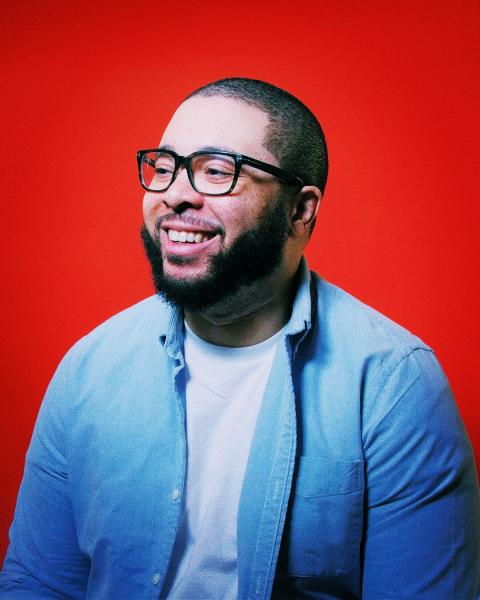 The District of Columbia Office of Cable Television, Film, Music, and Entertainment (OCTFME) is pleased to recognize Amil Barnes as the August 2019 Filmmaker of the Month.

Amil is the CEO and Founder of Barnes Digital, a creative digital agency in Washington, DC. His unique talent for brand-building, quality design, and his knack for strategic program execution has been utilized by a host of industry-leading clients including Netflix, Apple Music, DC Lottery, Atlantic Records, Jeep, Radio One, Under Armour, Karen Civil, and more.

“It’s major for me to be spotlighted as the filmmaker of the month because my most recent works are documentaries. I love to tell the stories of the underdog; I don't really do it to get recognition,” said Amil. “I do it to tell stories - that's our job as filmmakers, you know. Being from DC, this is a true honor for me. I put in a lot work, over eleven years.”

So what’s next for Amil? “It’s all about filming movies. I’ve done music videos and documentaries that have garnered over 30 million cumulative views on YouTube. I want to actually own something that I do. So right now, I’m writing scripts and revisiting scripts that I wrote in 2008 to see how I have changed and how I can bring it all together,” stated Amil.

Amil Barnes currently lives in Washington, DC.  He is an alumnus of Johnson & Wales University in Charlotte, NC.

Want to learn more about Amil Barnes and his work? Click HERE to listen to his DC Radio interview.