OCTFME Recognizes Lincoln Mondy as August 2017 Filmmaker of the Month 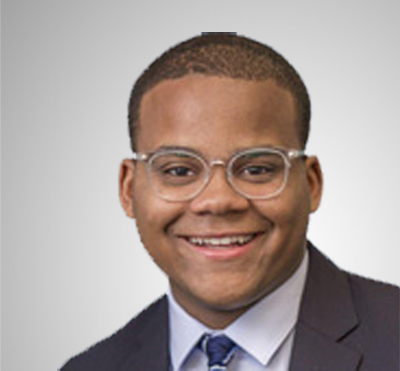 The District of Columbia Office of Cable Television, Film, Music and Entertainment (OCTFME) is pleased to recognize local filmmaker Lincoln Mondy as the august 2017 Filmmaker of the Month.

Mondy is a first-time director and his short-film, Black Lives/Black Lungs challenges tobacco companies on their methods to exploit and negatively impact the health and welfare of the African-American community. The film explores the ways the multi-billion-dollar tobacco industry intentionally targets African-Americans, chiefly through marketing and political influence. "I didn't find the film; it found me. After taking a government affairs fellowship in college [George Washington University], I became aware of these atrocities. Anger morphed into passion and awareness through film," said Mondy.  "I guess my education led to advocacy." Black Lives/Black Lungs screened in the District on Tuesday, August 8, 2017, at WeWork ManhattanLaundry, 1342 Florida Avenue, NW.  The trailer can be found at BlackLivesBlackLungs.com. Following the screening at WeWork, Truth Initiative -- a DC based non-profit public health organization -- is screening Mondy's film at Historically Black Colleges and Universities (HBCU) across the country beginning in Fall, 2017. As a local filmmaker, Mondy is a staunch supporter of filming in the District.  "I'm aware of the DC creative community. There's a willingness to help in DC; it's a unique setting with passionate people who want to combine issues with talent," said Mondy. "I find DC welcoming, and I feel lucky to be here with talent from all different backgrounds." The Black Lives/Black Lungs project has deep connections to filmmaking in the District.

Mondy attended college in DC; the film's launch video was held at local Beyond Studios DC, which featured student collaborators from Howard, Georgetown, and George Washington Universities; and his fellowship -- where it all began -- at local Truth Initiative, Mondy graduated from George Washington University in 2016, with a degree in Political Science. In addition to filmmaking, he is an Associate Account Executive at BerlinRosen, a national public relations and strategic communications firm, based in the District. Currently, Mondy maintains his focus on film activism, public health, and education.  He will be traveling the country to screen Black Lives/Black Lungs. "My priority and responsibility as a filmmaker is to use communications to amplify the voices of commonly excluded groups of people and helping cultivate stories that educate, inspire, and mobilize," said Mondy.

About OCTFME The District of Columbia Office of Cable Television, Film, Music and Entertainment is responsible for implementing, managing, and administering programs, initiatives, and services that support media industry economic activity, growth, and employment in the District of Columbia. Washington, DC's instantly recognizable landmarks, diverse neighborhoods, cultural amenities, and first-class accommodations are just some of the many features that make the nation's capital a venue of choice for media production. For more information, contact the Office of Cable Television, Film, Music and Entertainment at (202) 727-6608, visit us on the web at http://entertainment.dc.gov, join the DC Film community on http://www.facebook.com/EntertainDC, or follow us on http://twitter.com/Entertain_DC.