Wednesday, April 10, 2019
This award-winning narrative and documentary filmmaker, writer, editor, and cinematographer produces films that address themes of the body, sexuality, and gender. 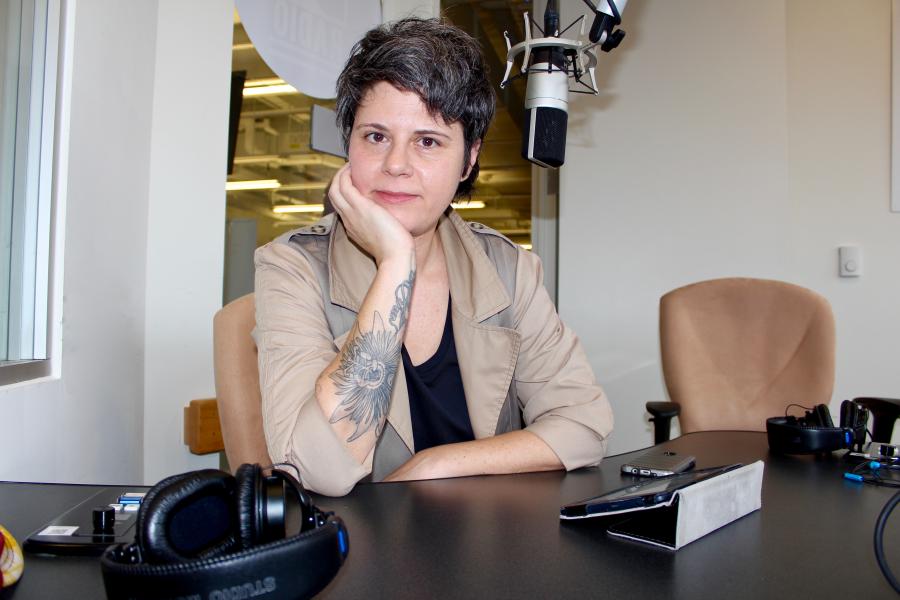 The District of Columbia Office of Cable Television, Film, Music, and Entertainment (OCTFME) is pleased to recognize Giovanna Chesler as the April 2019 Filmmaker of the Month.

Giovanna Chesler directs documentary and narrative films that address themes of the body, sexuality, and gender. Her films have been exhibited at over a hundred film festivals worldwide and in museums and gallery spaces. She regularly produces films for progressive non-profit organizations through her production company G6 Pictures.

“I’m in love with DC. I stay in DC. I work in DC. I collaborate in DC. I moved here in 2007 when I was a professor at American University and totally fell in love with the DC Film scene,” said Giovanna. She continued, “So it really means a lot to me to be recognized by the DC Office of Cable Television, Film, Music and Entertainment. I’m really excited.”

Giovanna produced the award-winning documentary Out in the Night about four black lesbian and gender non-conforming women who became criminals for defending themselves against a homophobic street attack. The documentary premiered on PBS’ POV program and Logo simultaneously and is used in 70 countries by the United Nations in their Free+Equal campaign to combat homophobia and violence against Trans people.

Giovanna’s film, The Pick Up will screen as part of the Metro Short Program (a DC filmmakers block) during the 33rd Annual FilmFest DC happening April 25 – May 5, 2019. The DC Short Screening Committee selected The Pick Up as being one of the most outstanding shorts of the year. FilmFest DC is an International Film Festival that brings the finest in contemporary world cinema to the nation’s capital. For additional information about the film festival, please visit http://www.filmfestdc.org/.

Giovanna received a Master of Fine Arts in Cinema from San Francisco State University and was awarded most distinguished graduate. She also has a Bachelor of Science in Anthropology and a minor in Women’s Studies with Highest Distinction from the University of Virginia. Currently, Giovanna is an Associate Professor and Director of the Film and Video Studies Program at George Mason University and in 2019, the DC Commission on the Arts and Humanities awarded her a Fellowship in Media Arts.

Want to learn more about Giovanna Chesler and her work? Click HERE to listen to her DC Radio Interview.