Tuesday, April 25, 2017
Duke Ellington School of the Arts alum acknowledged for contributions to the national and international film and media community 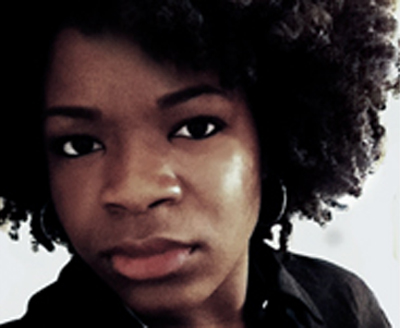 The District of Columbia Office of Cable Television, Film, Music and Entertainment (OCTFME) is pleased to recognize local filmmaker Kayona Ebony Brown as the April 2017 Filmmaker of the Month.

Brown is a District native who describes herself as a “multi-hyphenate artist” who uses a myriad of platforms from novels and screenwriting to acting and directing for stage and film. She was one of three DC residents selected out of more than 190 applicants to work on set as a part of an HBO training program.

Her most recent project "Of Music and Men" is a comedy-drama series that chronicles a young, single, female entrepreneur and her experiences with men as she tries to succeed in the music business and in love, all while navigating the most unlikely town for either - Washington, DC! The project was first introduced as a short film, initially created as a promotional tool to generate interest to support her vision for a transmedia digital franchise featuring a half-hour scripted program. Of Music and Men is based on Ms. Brown’s own experience having run an independent record label for several years. The short film has made its way to both national and international film festivals, including the Los Angeles CineFest and the Barcelona Planet Film Festival.

In April of 2017, Brown launched the 12-part novella series which is the literary interpretation of the first season for the forthcoming half-hour scripted series for Of Music and Men. The first installment of the novella series launched Thursday, April 13 via ofmusicandmen.com. Subsequent installments will premiere on the second Thursday of every month until its finale. “As an artistic entrepreneur, art is the foundation of all my business interests,” says Brown. “I am a published author, an actor, a filmmaker (writer/director), and an entrepreneur. Entrepreneurially, my goal is to use my creativity to build the most significant independent diversified mass media/venture capital conglomerate in the world!”