Friday, September 18, 2020
This established storyteller is passionate about creating content that captures the hearts of people from all walks of life and encourages viewers to become inspired. 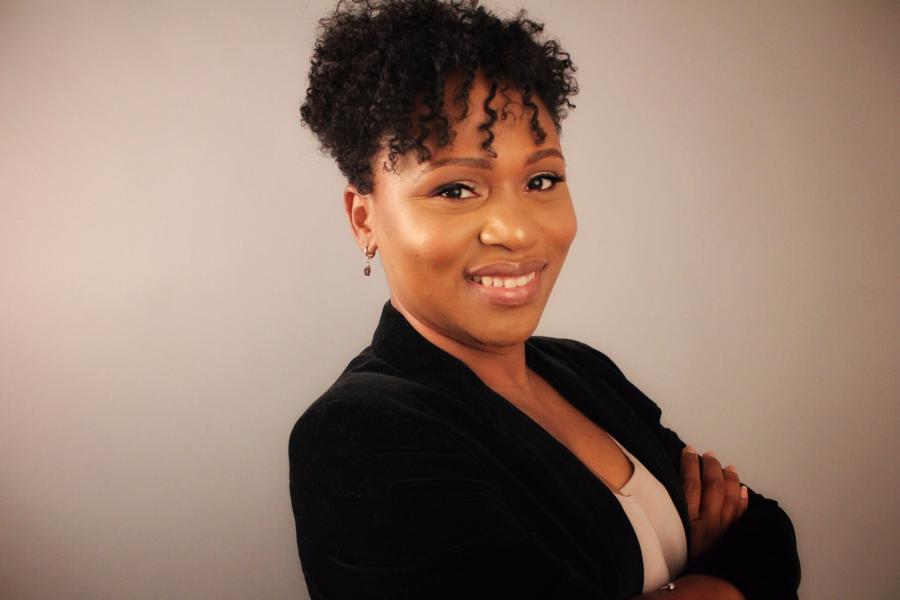 Washington, D.C. – The District of Columbia Office of Cable Television, Film, Music, and Entertainment (OCTFME) is pleased to recognize Kamilah Thurmon as our September 2020 Filmmaker of the Month!

Kamilah Thurmon is an established storyteller who is passionate about creating content that captures the hearts of people from all walks of life and encourages viewers to become inspired. Through diverse platforms over the last 15 years, Kamilah has contributed to and developed popular television shows on major networks, produced legacy projects as a part of her business (Gen2Gen Media), and crafted a local history preservation film as a grant recipient.

In April 2018, Gen2Gen Media was selected to be in the inaugural 202Creates Residency Class, a program launched as part of Mayor Muriel Bowser Presents 202Creates. The 202Creates Initiative was launched in 2016 to amplify and celebrate DC’s creative culture & economy. The residency provided artists, creative entrepreneurs, creative teams, and/or creative businesses access to resources to work on projects, expand their business, meet with government partners, and further develop their creative work. During 202Creates’ coworking events, Kamilah was highlighted multiple times to teach techniques on video story structure and how to conduct intimate interviews for video memoirs.

“I am truly thankful for the honor of being named the September Filmmaker of the Month by the DC Office of Cable Television, Film, Music and Entertainment. I’m passionate about preserving and sharing inspirational and informative stories from generation to generation.” “DC has been the optimal place of growth for me. The expansive community of producers, filmmakers, and storytellers established here have truly nourished my identity as a creative entrepreneur. Because of what DC has offered me, I’m more eager than ever to make positive, lasting, and impactful contributions to my community and the broader worlds of film, preservation, and representation.”

As a Television Producer with over ten years’ experience in unscripted television shows, Kamilah has shaped numerous shows. She has worked in various producer capacities for competition, docu-series, and lifestyle shows on NBC, HGTV, BET, MTV, VH-1, Bravo, Lifetime, and Oxygen. She produced shows for MTV’s most viewed series ever (Jersey Shore) and the #1 rated unscripted series debut in BET's 40-year history (Tiny & Toya). In 2010, she wrote a 16-episode creative, and led a team of over 50 as Co-Executive Producer of Toya: A Family Affair, a spin-off of BET's Tiny & Toya. Some of her additional credits include: Design Star (HGTV), Project Runway (Bravo), The Apprentice (NBC), Virtually In Love (Oxygen).

Kamilah founded Gen2Gen Media in order to create legacy video memoirs that preserve family and business stories. In March 2019, Gen2Gen Media became a DC Oral History Collaborative Grant (DCOHC) Recipient. The DCOHC is a project by the DC Public Library executed by HumanitiesDC and the Historical Society of Washington, DC. The DCOHC documents and preserves the stories and memories of DC residents as the community matures, experiences changes, and evolves. Through the DCOHC, Kamilah completed an oral history project on a Washington, DC treasure-- The Davis Center and its Artistic Director and Founder, Ms. Beatrice Davis-Williams. The Davis Center is a longstanding arts and education center of excellence offering a broad spectrum of traditional and modern dance and individualized youth character development.

Under Kamilah’s leadership, Gen2Gen Media was able to complete seven transparent and rich interviews from a collective group of DC notables, such as Councilman Brandon Todd and former Associate Judge Mary Terrell, who gave voice and reflection on the Center's 50-year historic and current services to the Ward 4 community. With these interviews, Kamilah crafted an impactful documentary that honors the Center's legacy.

Additionally, Kamilah has been awarded a HumanitiesDC, DC DOCS grant to complete a short documentary to highlight the artistic and cultural contributions made by African Americans in Washington, DC within the dance and ballet world. Some of the DC dance legends and pioneers that she will include will be: Mabel Jones Freeman, Bernice Hammond, Therrell C. Smith, Doris W. Jones, and Claire H. Haywood. Kamilah will explore why Washington, DC became a hub for these dancers to realize their dreams and how they were able to extend their knowledge and skill to the next generation of District residents.

Want to learn more about Kamilah Thurmon and her work? Click HERE to listen to her DC Radio interview.