Monday, September 17, 2018
This award winning filmmaker desires to tell stories that honor people and create a positive impact for the greater good. 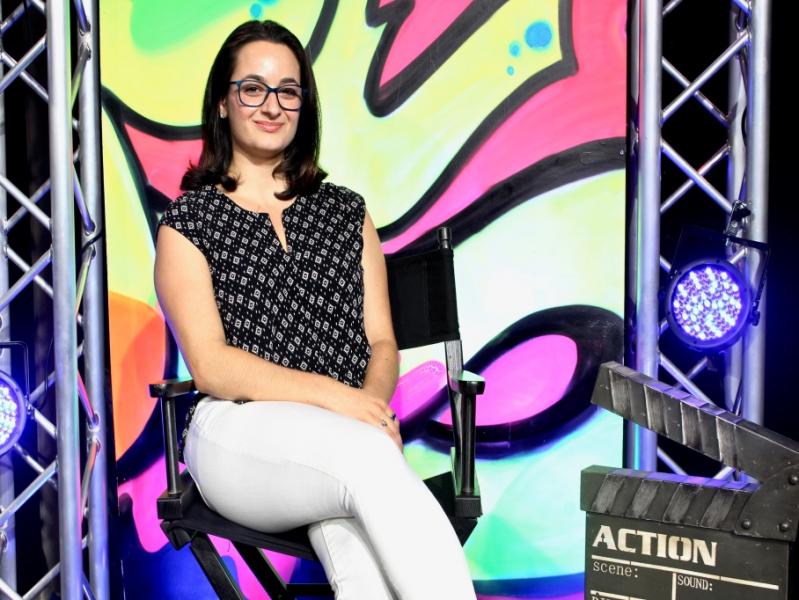 The District of Columbia Office of Cable Television, Film, Music, and Entertainment (OCTFME) is pleased to recognize Deanna Del Ciello as the September 2018 Filmmaker of the Month.

Deanna is a documentary filmmaker, producer, and editor based in Washington, D.C. She currently works for SideXSide Studios, an award-winning documentary production company, as a producer and assistant editor. Previously, she was a video producer for Education Week covering K-12 education policy nationwide. “I love documentary filmmaking. Coming from a journalism background, I'm really interested in nonfiction storytelling and the stories of people living their lives and what's going on in the real world,” states Deanna.

Deanna co-produced the short documentary “Queens in Training.” The 15-minute film follows two young African-American girls, who learn to play chess competitively and apply those skills to obstacles regarding race and gender as they prepare for a citywide co-educational tournament in Washington, D.C. Deanna worked on a team of six people (Anna Molinaro, Erik Hollis, Linda Cotton, Josh Gates, Saznin Mehta, and Daniel Mills) over a two-month period to bring the short film to life.

Deanna was a 2016 photojournalism participant at Mountain Workshops in Paducah, Kentucky, where she worked on a visual story from digital photos and images about a local hot rod shop. With aspirations to dive into the experimental filmmaking world and tell the stories that need to be told, she chose to cross over to documentaries which allows more room for deeper and richer storytelling than traditional journalism. “I think people drive me and what I aspire to do with each film that I make whether it's a short film or a three minute Web video is to honor the person whose story it is and make sure that the story that I'm telling is in service to them or in service to some greater good that will result in a positive impact because of the film,” Deanna says.

She holds a graduate certificate in documentary filmmaking from the Institute of Documentary Filmmaking at The George Washington University and a B.A. in journalism and French with concentrations in online media and public policy from Stony Brook University. Deanna was Editor-in-Chief of The Statesman, SBU’s official campus newspaper. She has interned at the Council on Foreign Relations, Scripps Howard Foundation and Times Beacon Record Newspapers.